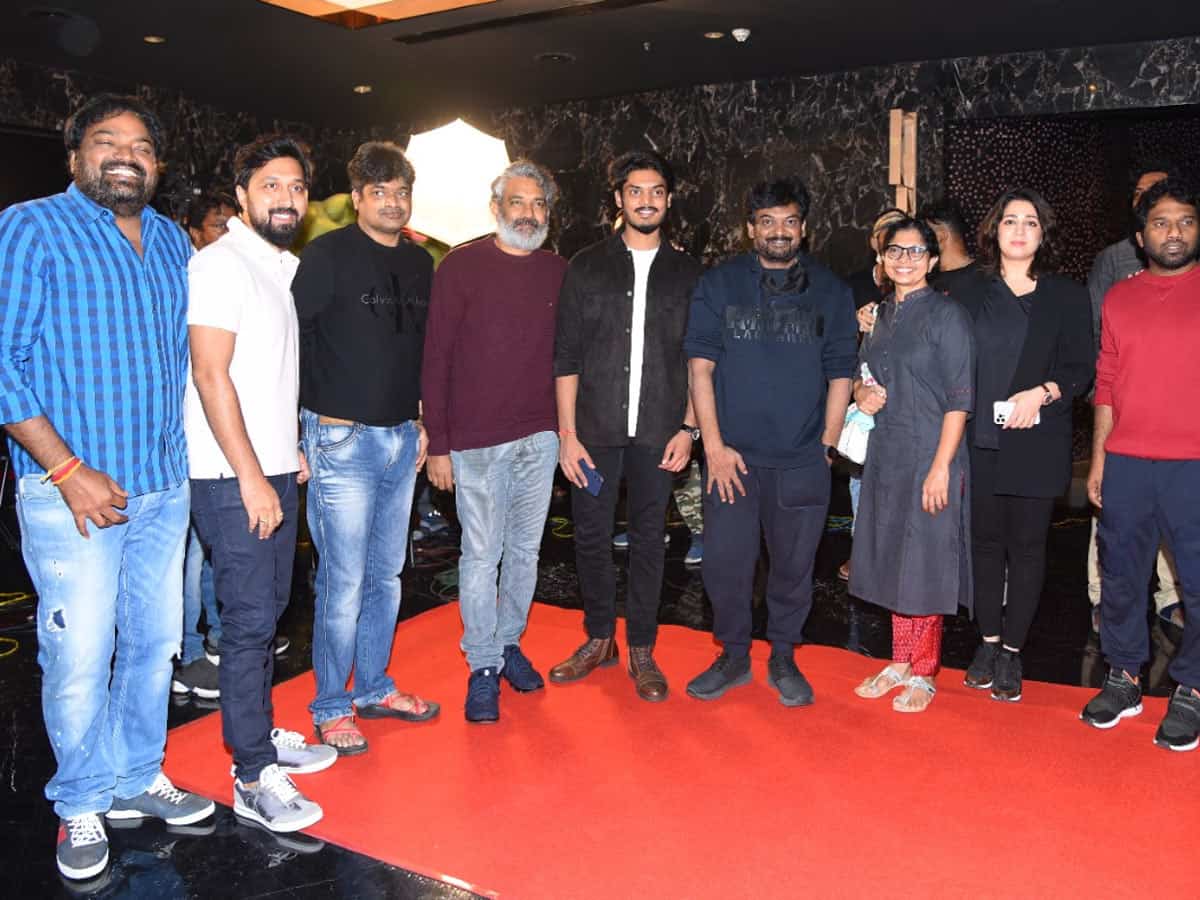 Puri Jagannadh’s son Akash Puri is testing his luck another time with Romantic and the team is very confident on the outcome. Showing their confidence on the project, celebrity premiere show is screened today and it was graced by biggies like Rajamouli, Kotratala Siva, Anil Ravipudi, Harish Shankar, Gopichand Malineni, Vamsi Paidipally, Gunasekhar etc.

Reports are completely optimistic for Romantic from premiere show, while all the celebrities who watched the movie too gave positive feedback. They heaped praises on Akash for his performance, while speaking to media. It is heard that, the film will definitely impress youth big time, while it will equally excite family and other section of audiences as well.

Akash’s intense performance, his romance with Ketika, oomph factor of the bombshell, songs and action part are said to be major attraction of the film, besides Ramya Krishna’s wonderful show and Puri’s dialogues. Director Anil Paduri too wins brownie points for his wonderful taking.

Interesting thing is hero Ram who worked with Puri Jagannadh for the blockbuster iSmart Shankar appeared in Peene Ke Baad song in Romantic. This will surely amaze fans of Ram.