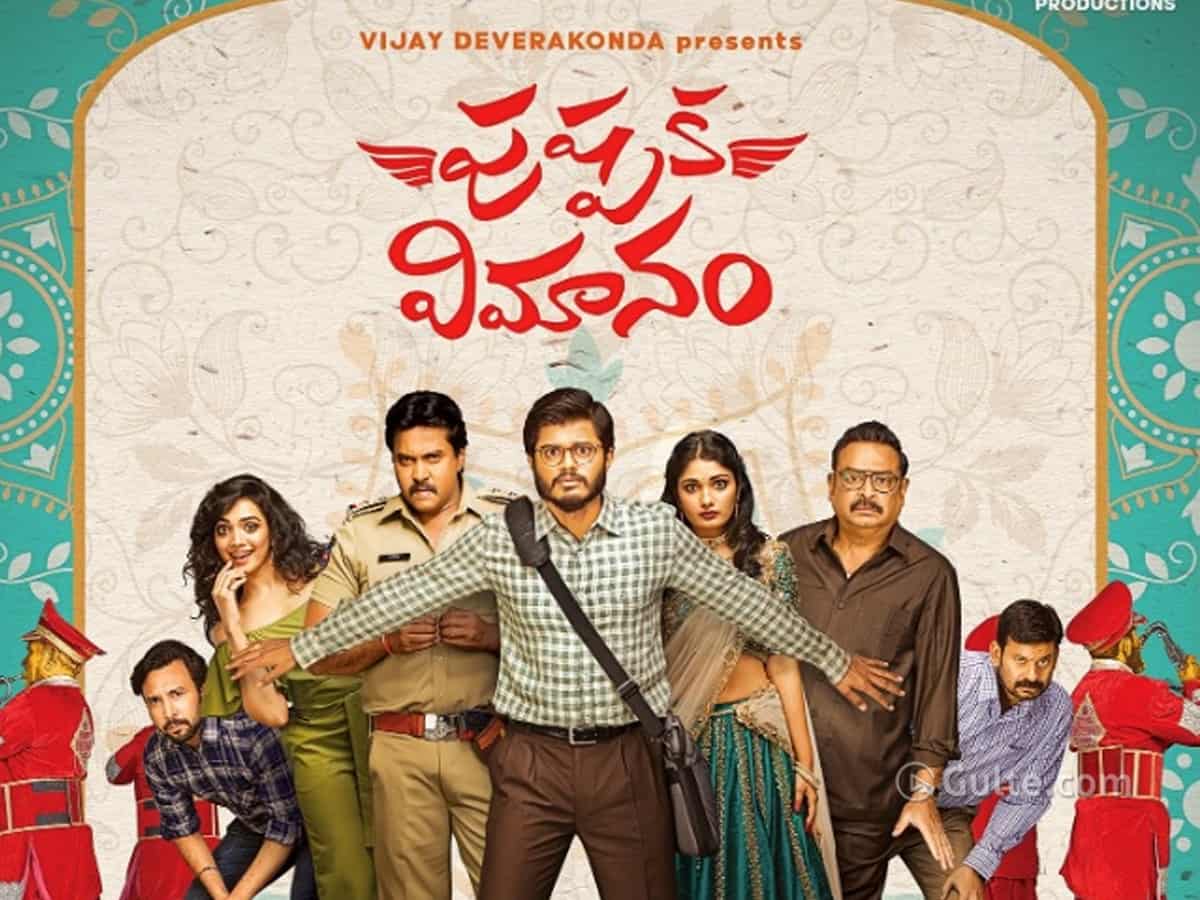 Vijay Deverakonda is leaving no stone unturned while he is aggressively promoting Anand Deverakonda’s Pushpaka Vimanam.

In the pre-release event of the film that was held yesterday, Vijay announced that he is organising paid premieres for Pushpaka Vimanam at his newly launched multiplex facility AVD Cinemas, Mahabubnagar.

“I am flying to the USA later in the night on 11th November. Before that, I want to watch and celebrate Pushpaka Vimanam with you all. Let’s meet at AVD Cinemas on 11th November during the premieres of the film,” Vijay announced yesterday.

Vijay seems to be planning to build positive buzz to the Anand Deverakonda starrer just before it’s theatrical release by holding paid premieres. The tickets for the premieres at AVD Cinemas will be made available shortly.

Pushpaka Vimanam is billed to be a comedy caper and it has Anand Deverakonda, Geeth Saini, Saanvi, Sunil, and others in important roles. The film hits the silver screens on the 12th of November. It is directed by Damodara.