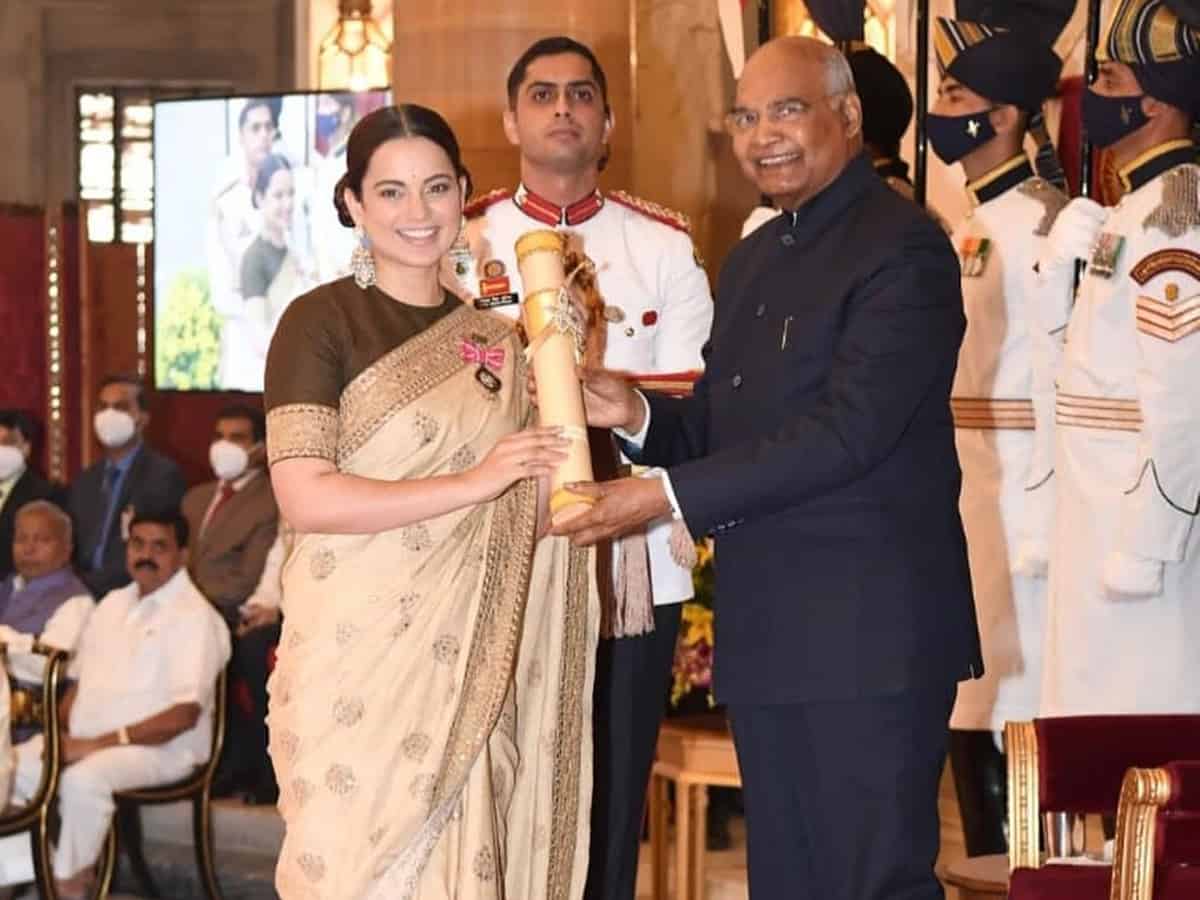 Kangana Ranaut is the queen of controversies and gets into trouble most of the time. A few days back, she was awarded the prestigious Padma Shri Award from the government of India.

But the speech which Kangana gave after her award did not go well with many. In her video, Kangana says that she is quite proud with the way the Indian government has recognised her fight against the enemies of the country.

Kangana boldly uses the word Jihadi’s and Khalistanis in her lines and this did not go well with many. She is still being trolled and various comments are out saying how a person, who gives hate speeches time and again gets a Padma Shri Award.

Yet another comment says that Kangana has lowered the value of Padma Shri Award with her lines. But Kangana is undeterred with her words and is high on success.