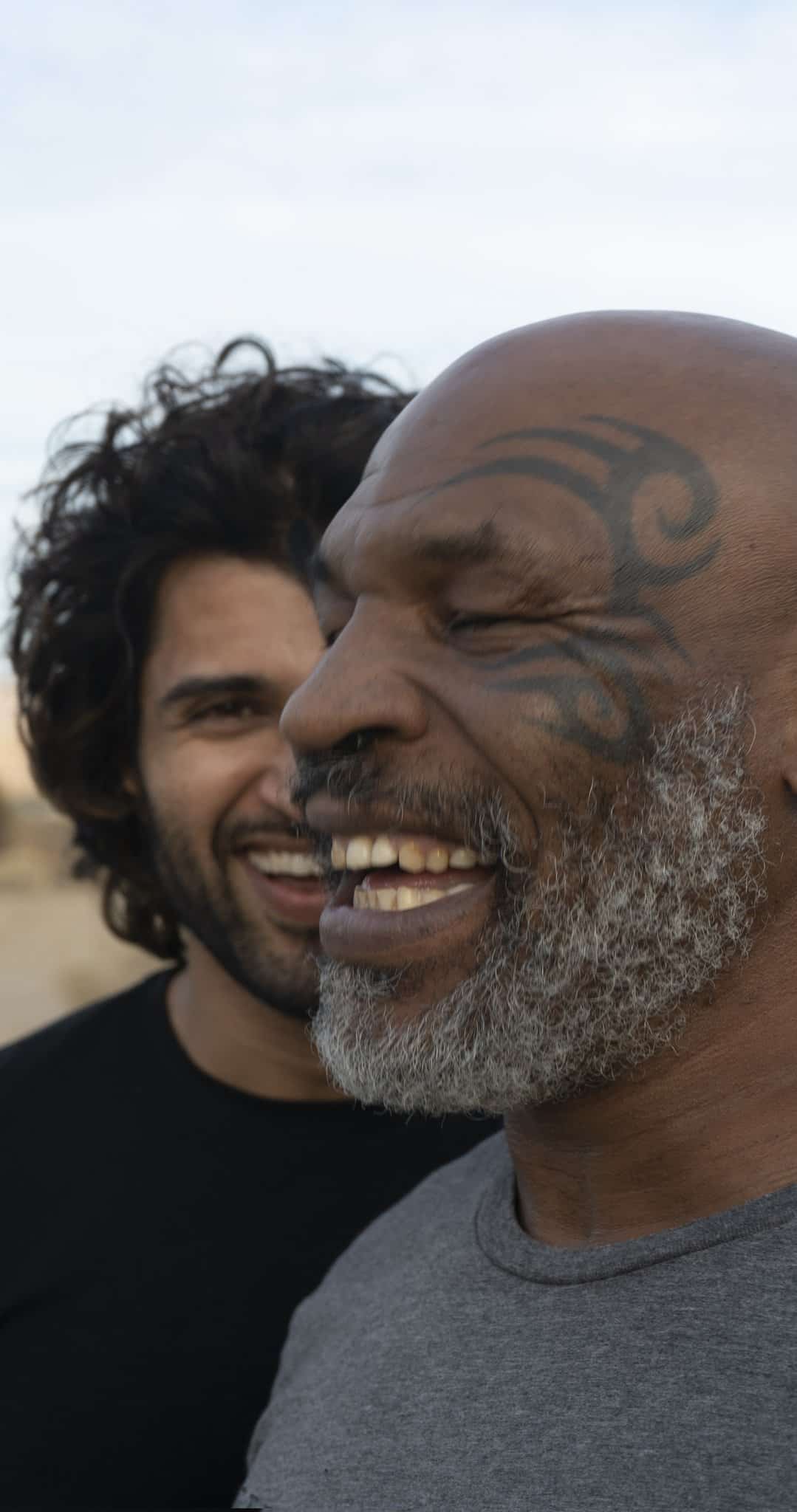 It is already known that International boxing star Mike Tyson is playing a key role in Vijay Deverakonda’s upcoming film Liger. The boxing legend has joined the sets recently in Las Vegas. The makers are canning a few key sequences between Vijay and Tyson right now.

Meanwhile, a picture featuring both of them has been released this morning. While we can see Tyson’s profile in the foreground, there is Vijay giving some intense looks in the background. Both of them are seen giving wide smiles.

The photo is now going viral all over social media. Vijay shared it on the internet and wrote, “This man is love. Every moment I am making memories! And this one will forever be special..#Liger Vs The Legend.. When I came face to face with Iron @MikeTyson.”

Fans are feeling ecstatic after watching the duo together and are eagerly waiting to witness their clash on the big screen.

Liger is being directed by Puri Jagannath. It features Ananya Panday as the female lead. Charmme Kaur and Karan Johar are bankrolling the project.