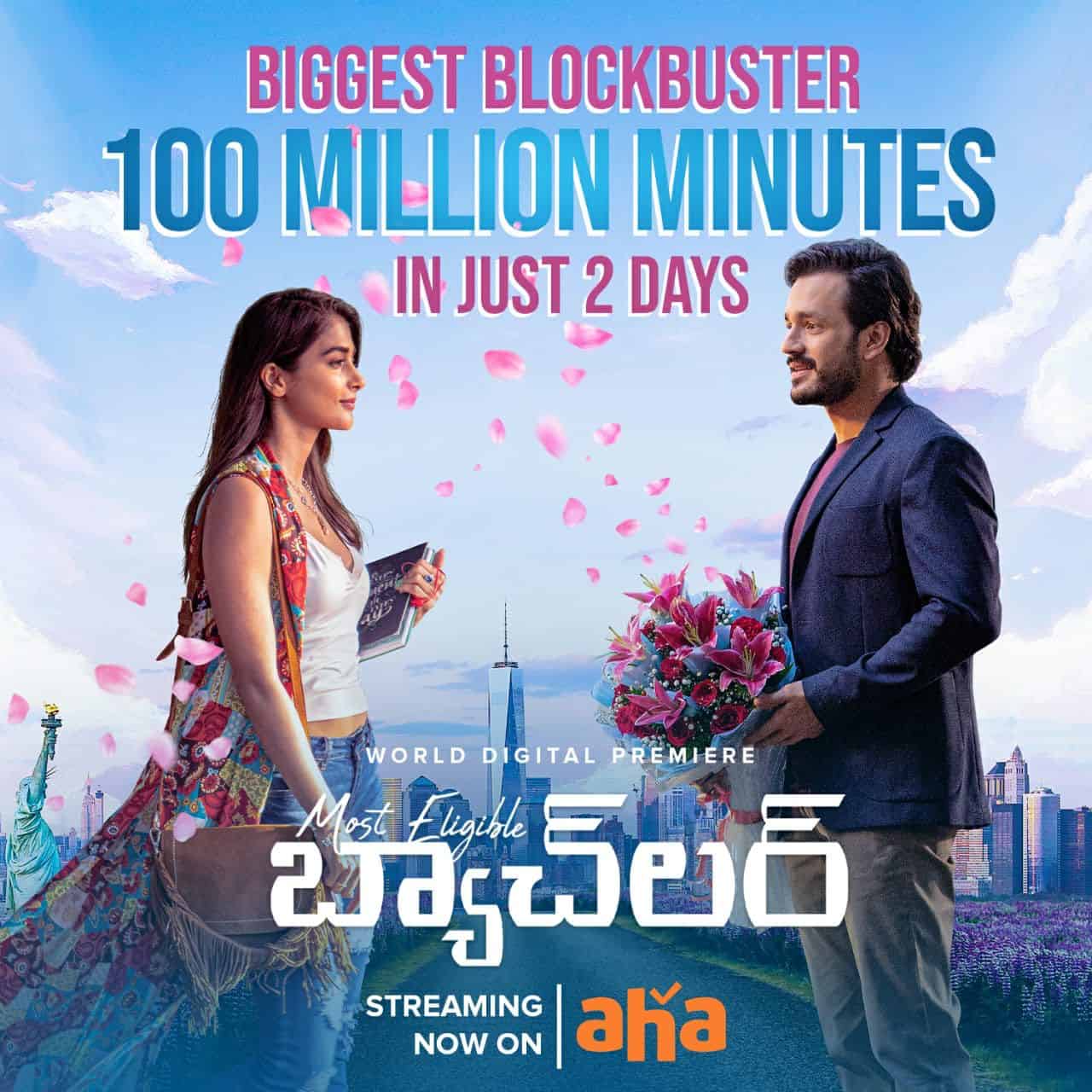 After a successful run in theatres ever since it hit the big screens on 15 October 2021, Akhil Akkineni-Pooja Hegde starrer Most Eligbile Bachelor was released this weekend on Aha streaming platform.

And, it has emerged a super hit in the digital space too, by garnering 100 million minute of views in just two days. The views are steadily increasing, we are told.

A romantic comedy film written and directed by Bommarillu Bhaskar, Most Eligible Bachelor is bankrolled by Bunny Vasu and Vasu Varma on GA2 Pictures.

The movie Murali Sharm, Aamani, Jayaprakash and Pragathi have played supporting roles. Musical score is by Gopi Sundar. Pradeesh Varma has taken care of the cinematography, while Marthand K. Venkatesh is the editor.

The film’s plot revolves around Harsha (Akhil Akkineni), an NRI and Vibha (Pooja Hegde), a stand-up comedian. MEB was released in theatres on 15 October 2021.