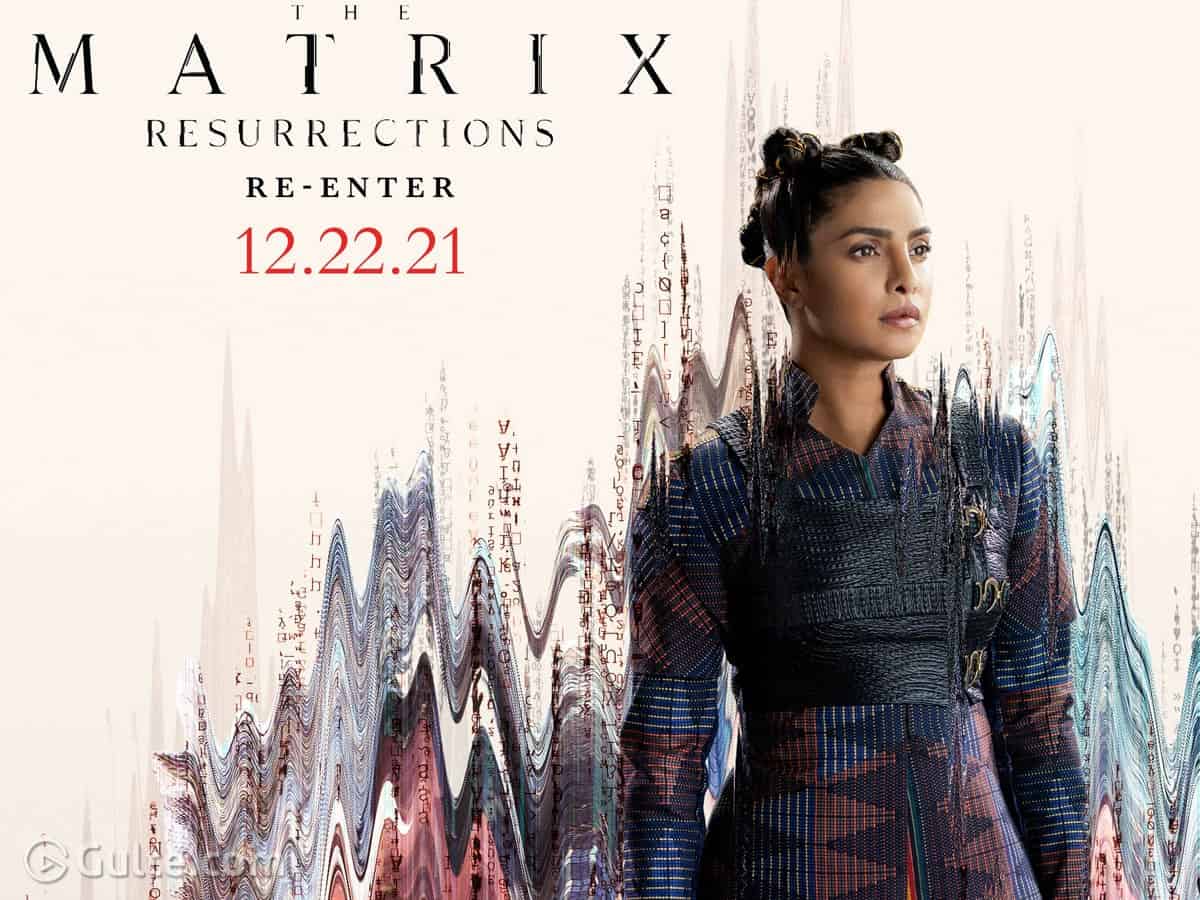 Priyanka Chopra, who was in the headlines yesterday for removing Jonas from her social media handles, has shared her stunning character poster from her upcoming Hollywood movie The Matrix Resurrections. The film also stars Keanu Reeves, Carrie-Anne Moss and others.

Taking to Instagram, Priyanka unveiled her look from the highly-anticipated sci-fi movie in which she will be playing a pivotal role. Earlier, when the actress shared the film’s first poster, she was missing from it. However, it looks like the global icon has her own poster now.

Back in September, Warner Brothers released the official trailer and PeeCee was seen briefly. Along with the poster release, PeeCee also penned, “And she’s here. Re-enter #TheMatrix 12.22.21.” Several netizens guessed the actress’s role in the film. While some have suggested that she is the grown-up version of the character Sati, a few others have said that she could be the Oracle in the Matrix too.

So far, it is undisclosed which role is Priyanka playing, leaving the surprise element intact. But certainly, she would be a gamechanger in the upcoming movie! The Matrix Resurrections will have Keanu Reeves as Neo, Carrie-Anne Moss as Trinity, Jada Pinkett Smith as Niobe, and new additions to the franchise include Priyanka Chopra Jonas, Yahya Abdul Mateen II, Neil Patrick Harris, Jonathan Groff, Christina Ricci, and Jessica Henwick.