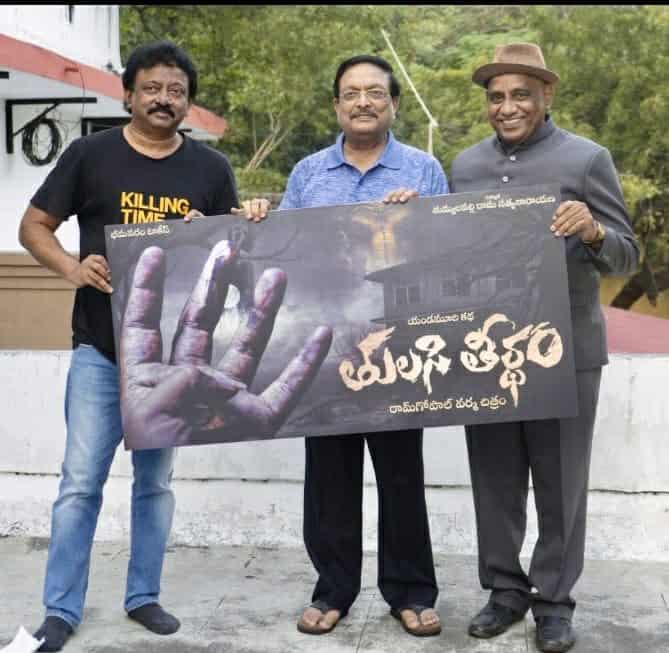 It’s been a while that maverick director Ram Gopal Varma attempted a horror genre which he is good at and he announced his next in this genre. Interestingly RGV has decided to make a conceptual sequel to noted writer Yandamuri Veerendranath’s ‘Tulasi Dalam.’

Unveiling the title and poster, RGV wrote, “My next horror film is “Tulasi Theerdham” a conceptual Sequel to the sensationally shocking novel “Tulasi Dalam” by Yandamuri Veerendranath ..It is produced by Bheemavaram Talkies. #TulasiTeerdham.”

Also this is for the first time RGV is making a film with a borrowed script. “Yandamuri Veerendranath’s novel “Tulasi Dalam” has been one of the most influential novels I ever read, and now i am very excited to make its sequel “Tulasi Theerdham”  ..It is produced by Rama Satyanarayana of Bheemavaram Talkies,” added RGV in another tweet.

The title poster shows a haunted house and we notice Lord Ganesh’s eyes on top of the poster. A palm with an eye in the middle of it, completes the poster.

Can RGV bounce back with this horror flick? His hardcore fans want him to come up with a proper film and hope he does this time.