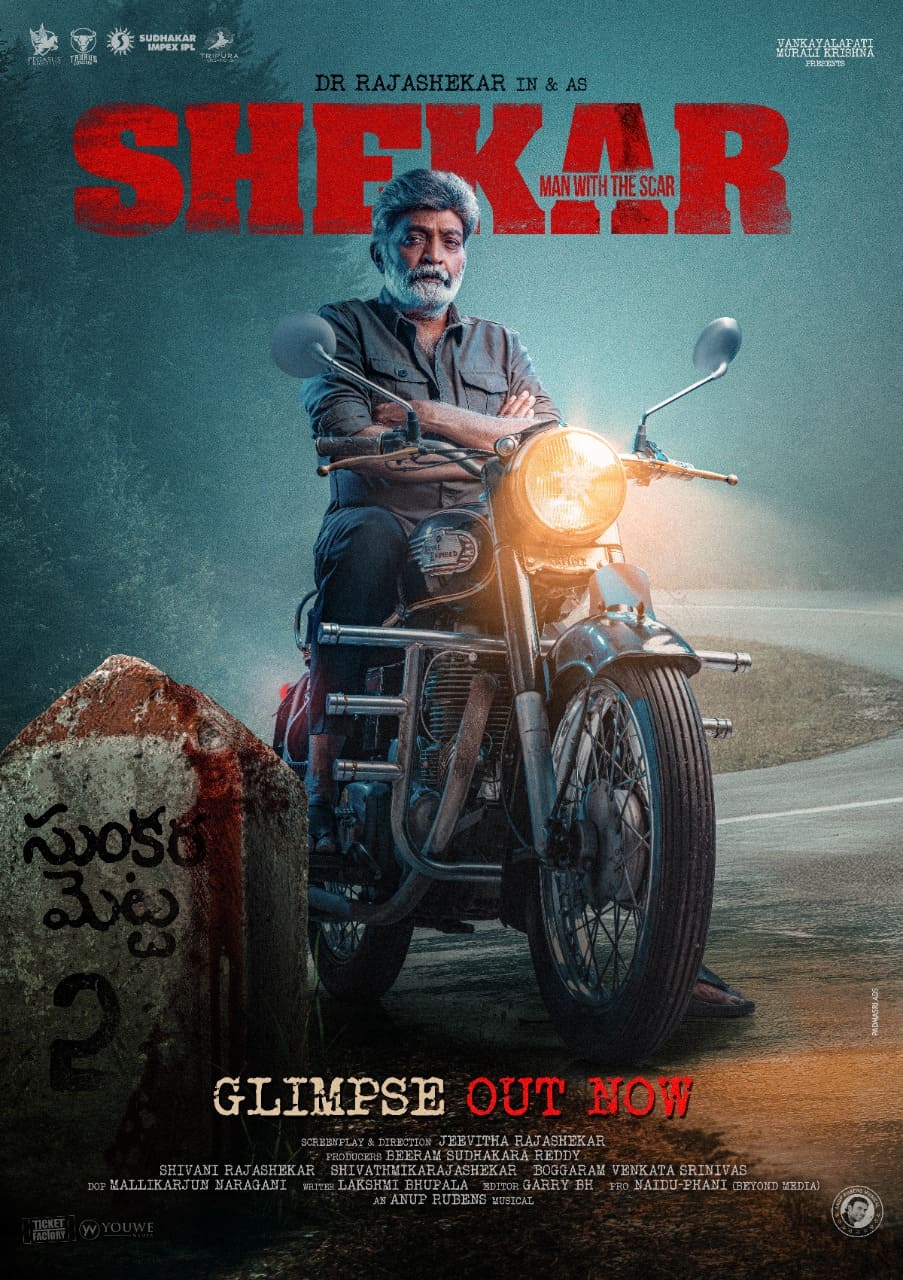 Actor Rajasekhar will be next seen in ‘Shekar.’ The first look and glimpse were unveiled by the makers a short while ago and they are quite intriguing. In the first look poster, Rajasekhar is seen seated on a bullet with a serious expression on his face.

The glimpse starts with a background voice and a crime gets reported. An aged couple gets killed in Aaraku and the police launch the investigation. But the police wait for Shekar who quit the services recently.

But why are cops seeking the assistance of Shekar in this murder mystery? Well that’s the suspense here.

Rajasekhar’s look is completely refreshing. He sports grey hair and beard while he plays a settled role. The title carries ‘Man With The SCAR’ as tagline but we don’t see any scar on Rajasekhar. Probably the scar might be linked to his role.

‘Shekar’ is directed by Jeevitha Rajasekhar and the teaser lives up to the expectations. After ‘PSV Garuda Vega’ and ‘Kalki’ Rajasekhar offers yet another promising content. Good luck to him!