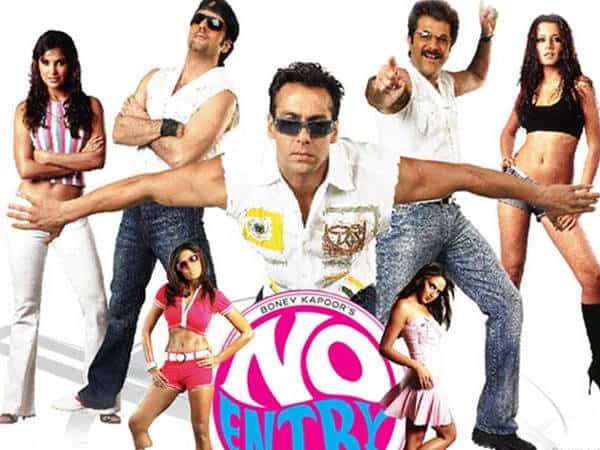 The 2005 Hindi comedy No Entry was a smashing hit at the box office. Starring Salman Khan, Anil Kapoor, Fardeen Khan in the lead roles, this movie was directed by Anees Bazmee. It is often considered one of the most entertaining comedy films in Bollywood.

After the success of No Entry, the makers planned to come up with a sequel to it, titled No Entry Mein Entry. However, it is getting delayed for many years. Finally, it is now being heard that this much-awaited sequel may hit the floors next year.

According to the reports in Bollywood media, Anees has already come up with the plot line for this sequel and is currently busy with the script works.

Apparently, Salman, Fardeen, and Anil will reprise their roles from the original.

It is heard that each of these heroes will be paired with three female leads. Thus, there will be a total of nine female leads in the movie. It seems that the makers are in talks with the original version’s heroines Bipasha Basu, Lara Dutta, and Esha Deol as well.

The sources claimed that this sequel will be nine times funnier than the original. If everything falls in place, it will hit the floors next year. More details about this film are expected to be out in the coming days.