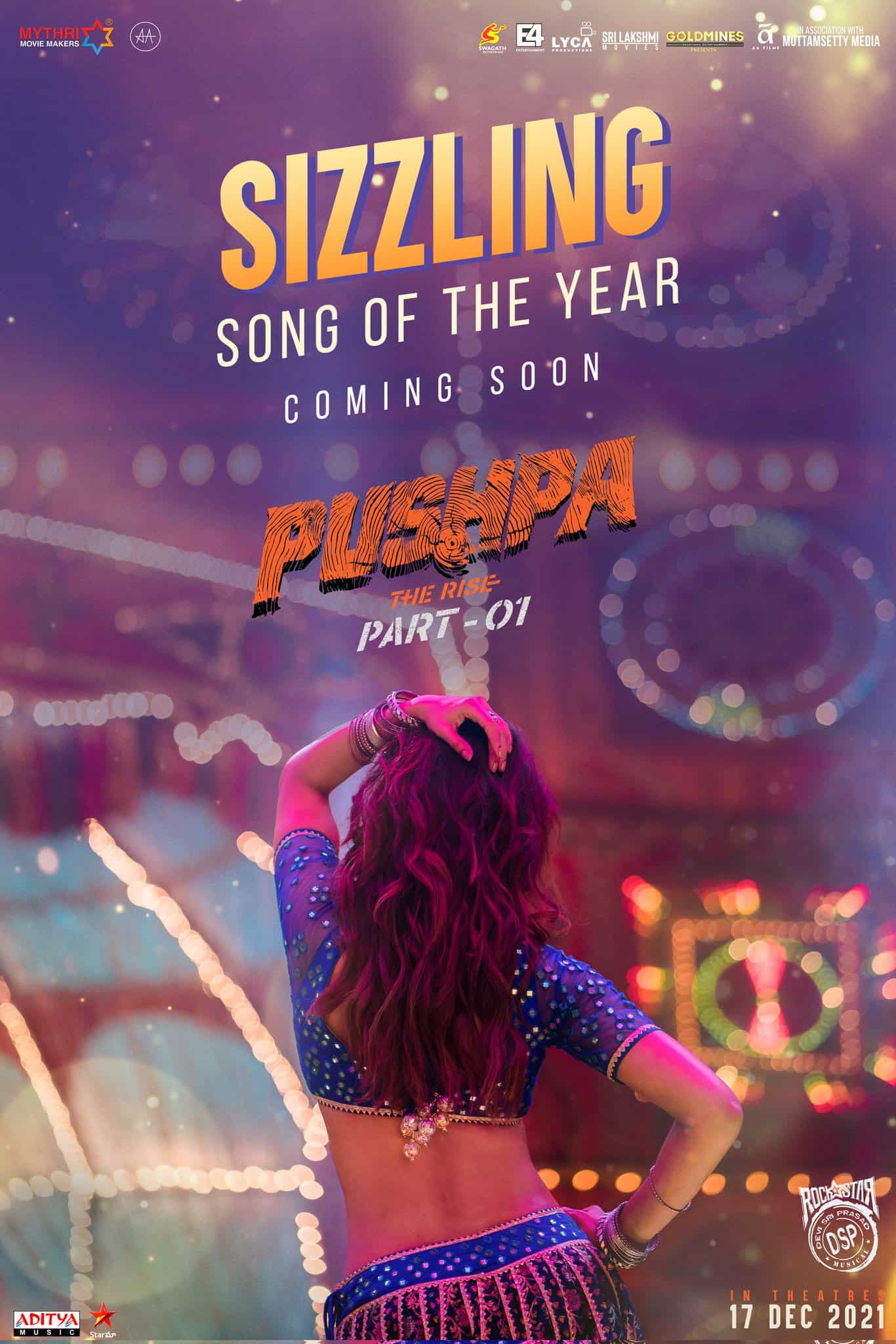 To tease the fans, the team of Allu Arjun and Sukumar’s Pushpa has already released enough songs and terrific visuals from then. And now, they want to tease them more with the film getting ready for a release in just 3 more weeks time. And now, they have released the first look of queen bee Samantha Ruth Prabhu from the movie’s much anticipated item song.

Announcing that the song shoot is underway, which we have revealed other day already, today the makers of Pushpa have released a poster from the shooting spot which features none other than top starlet Samantha. Of course, she’s featured from the back but onlookers could understand the ravishing factor she is gonna add to the song as she slipped into that blue coloured choli and lehenga alone.

Back then, we have seen Samantha’s mass dancing act in Rangasthalam movie and a couple of years later she’s teaming up with Sukumar again to bring up another mass act, this time for this item number with Allu Arjun. No doubt, Samantha is going to steal all the hearts and make men go gaga over her beauty if her back-look is anything to go by.

Pushpa is set for December 17th worldwide release in almost five languages. The film features Kannada hottie Rashmika Mandanna as the leading lady, while Fahad Fassil and Sunil are playing the antagonists with Anasuya in another negative role.