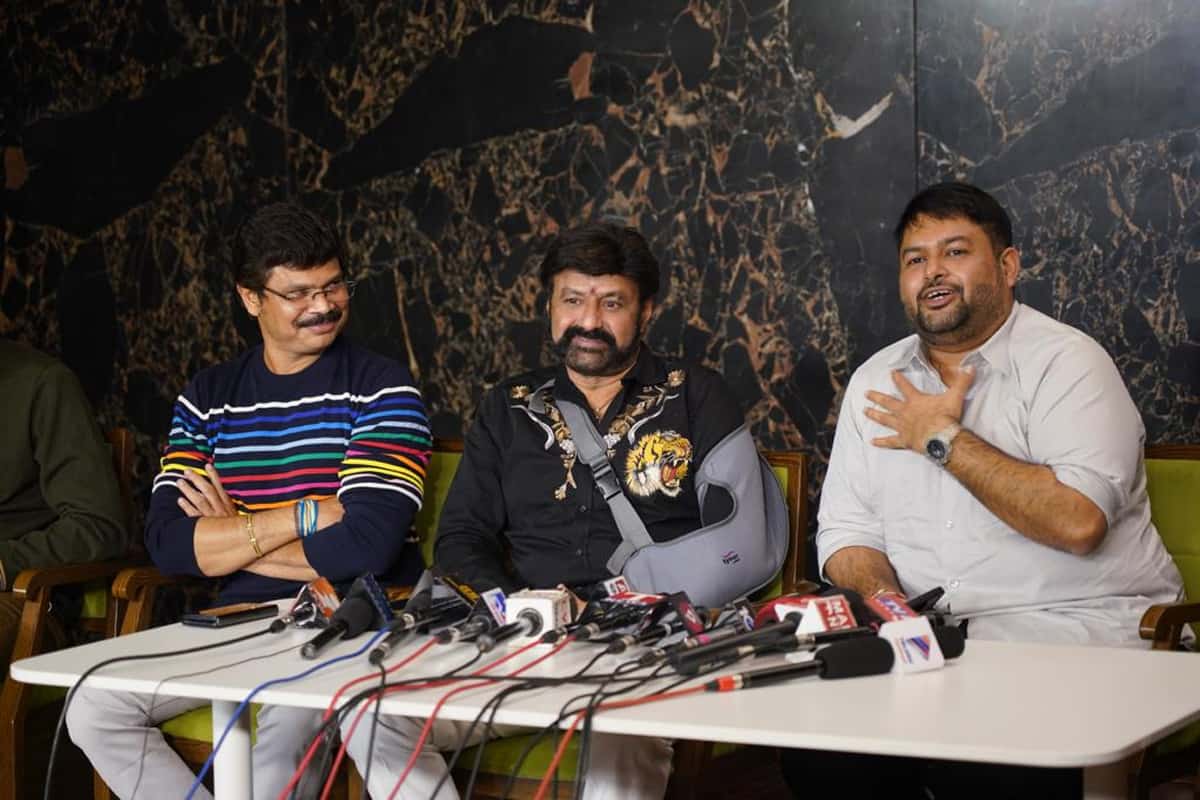 Nata Simham Nandamuri Balakrishna and Boyapati Srinu’s hat-trick film Akhanda has got roaring response from all over. The film has got massive openings in Telugu states as well as overseas. Meanwhile, the team has watched Akhanda at AMB Cinemas and expressed their contentment for the humongous response.

Balakrishna said, “I’m very much happy with the response for the film. Boyapati Srinu made this film persuasively. I feel proud to say that NT Ramarao resuscitated spirituality in people through his films and now Akhanda does the same. I thank one and all for making this Akhandamaina hit.

I was happy to see kids talking positively about the film during the interval. Akhanda’s success is the success of the industry. Akhanda discloses many unknown truths about spirituality.

I watched the movie for the first time, as I was busy with various works. I too was bit surprised to see my performance on screen. Thaman brought life to the movie with his re-recording. We did lots of research for the film. I’m a director’s artist. I simply follow my director’s instructions. Every film is equal for me.”

Boyapati said, “Everybody is unanimously saying that Akhanda is a super duper hit. The film came after two waves of corona and it brought happiness to fans and normal audience. I have seen huge celebrations at a movie theatre after a long time. This success of Akhanda is industry’s success.”