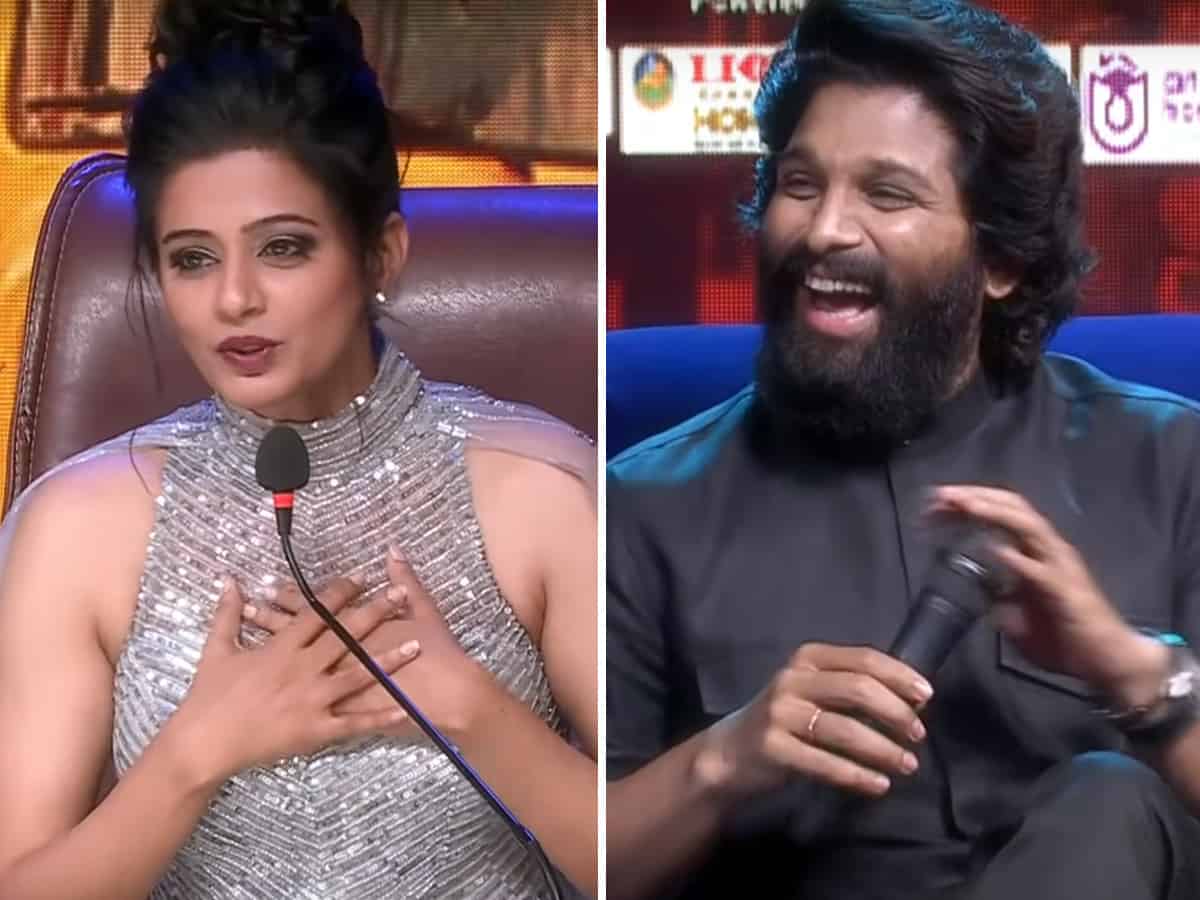 It takes quite an openness for star heroes as well to express their opinion boldly on someone, and other day Icon Star Allu Arjun has passed a similar comment. Guess what, that made actress Priyamani, a talented heroine who lost her game due to some mistakes, blush all the way. And we may expect some results as well very soon.

After attending as the Chief Guest for the popular dance program Dhee that gets aired on ETV, Allu Arjun has literally radiated the whole set with this dynamic presence. During that time, actress Priyamani who happens to be one of the judges of the program, expressed her feelings that she was unable to work with Bunny during her prime. And Bunny’s response for the same from the star hero is incredible.

“Don’t think that we haven’t worked together as there is always the possibility of working even now. You lost oodles of weight and looking super hot now, so there is a chance” said Allu Arjun, making Priyamani blush and celebrate the moment with a bit of pride. Who knows, she might soon find work in an Allu Arjun movie as she looks no lesser than all the present day star heroines. Apart from that, she’s a fine actress too.

No doubt, we should appreciate Priyamani for being so open and also Allu Arjun for openly saying that she is beautiful and hinting that they might work together soon.