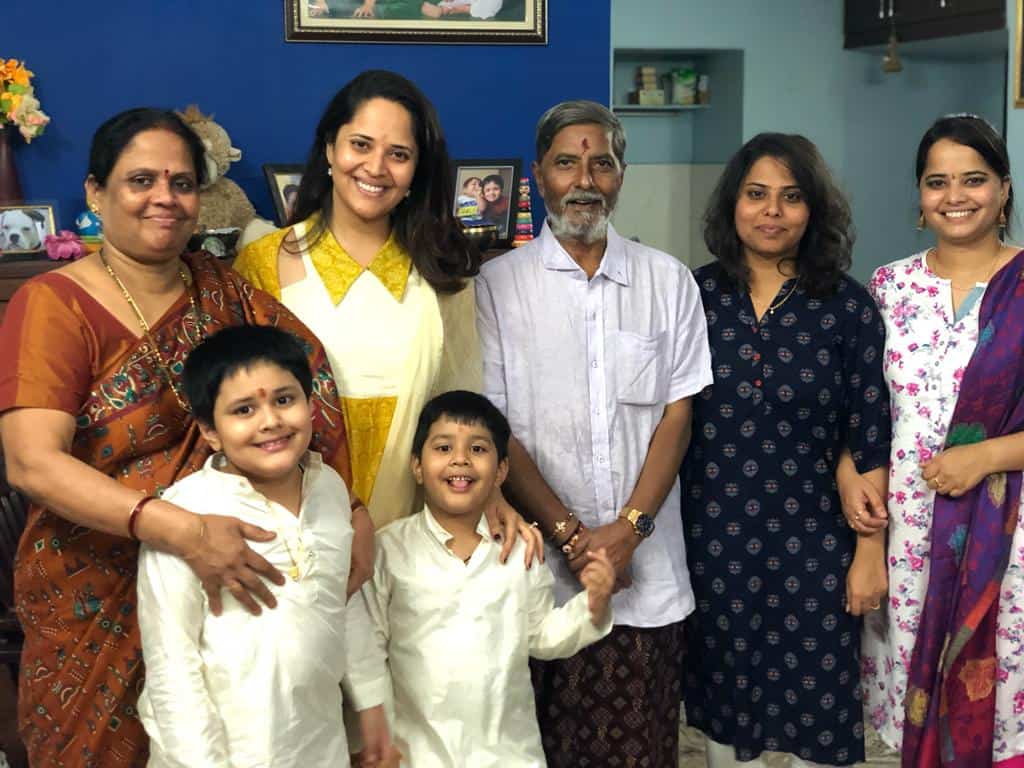 Popular anchor and movie actress Anasuya Khasba is bereaved. Anasuya’s father Sudarshan Rao Khasba passed away today at Tarnaka residence. He was 63-year-old. According to media reports, Sudarshan Rao had been suffering from cancer and he succumbed to it. Anasuya’s family is in deep shock with his passing away. He is survived by wife and three daughters including Anasuya, Ambica and Sai Vaishnavi. The family shared a great bond. With this, the whole family is inconsolable with the loss of their family head.

Anasuya’s father was into politics. He had served as a youth congress publicity secretary longtime back. He was initially reluctant about Anasuya’s entry into glam world. However, later he was convinced by Anasuya’s talent and passion for tv anchoring and presentation. In old interviews, Anasuya admitted that her father was strict being dad of three daughters.