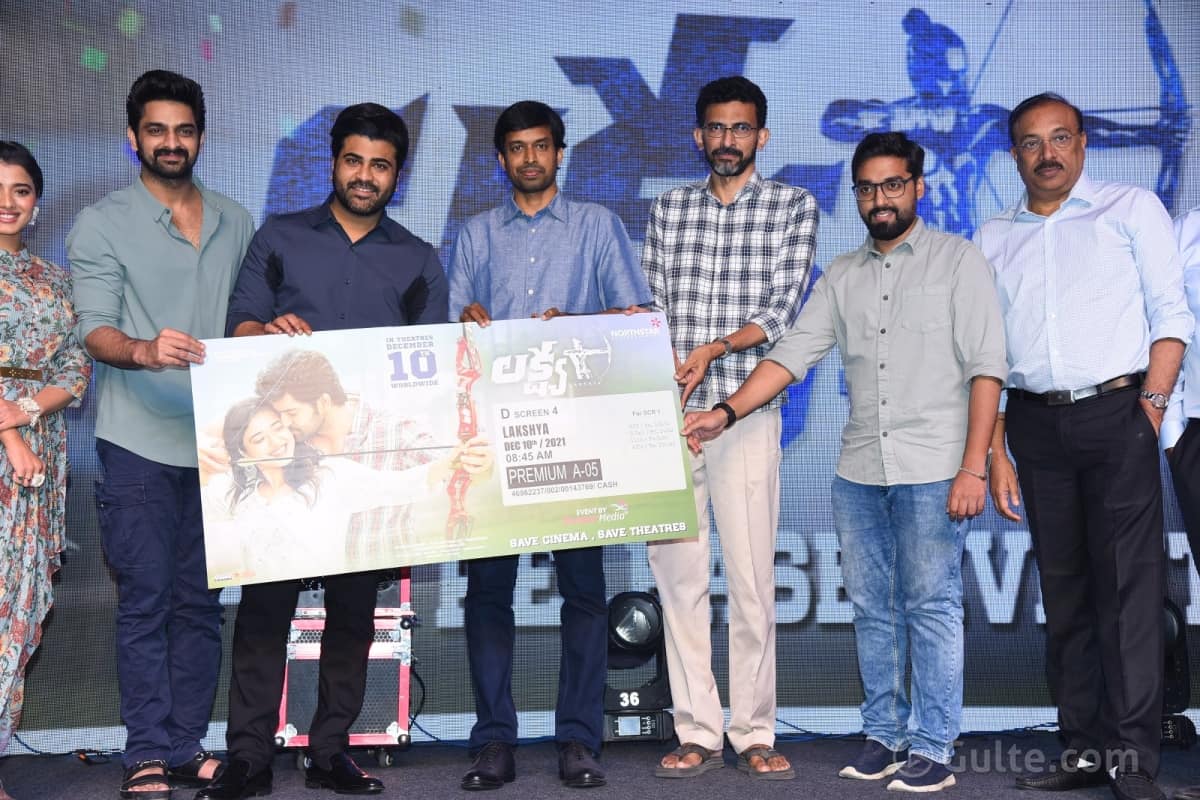 Sekhar Kammula said, “Vibes are positive on Lakshya, after watching trailer and everything. The film unit looks vibrant. I think they will hit bullseye. I heard two songs and they are pleasant. Naga Shaurya seems to have worked really hard for six packs. He indeed made his mark already with his hard work and I wish he will achieve bigger things in his life.”

Pullela Gopichand said, “Everyone works for the film puts lots of efforts. In fact, many careers are involved in every movie. We all enjoy Telugu cinema very much. I just hope that like many sports films, Lakshya too lives on forever.”

Sharwanand said, “Jai Balayya. He brought new josh to industry with Akhanda. Jai Balayya, now Jai Shaurya. I’m sure Lakshya is also going to be a big hit. Many sports films came and most of them became hits like Majili and Jersey. When it comes to sports films, only actors have great responsibility because they need to learn the sports and need to give their best. Naga Shaurya is a very dedicated actor. His transformation for the film is unimaginable. Shaurya indeed is my inspiration. I’ll do my next film, only after achieving 6 pack abs. As my boss Chiranjeevi said, Shaurya will become a superstar. I wish he will go to Bollywood also.”

Naga Shaurya said, “My producers are my plus points. They gave freedom to me and my director. Santhosh made the film impressively. Ketika Sharma is a perfect choice. After Sekhar Kammula made Happy Days, I used to roam around his house. I’m always ready to work with him. We thank Pullela Gopichand garu for gracing the occasion. I like Sharwanand a lot. He’s very genuine. I’m also waiting for a film in our combination. When I went to meet Sharwa, he gave me lots of confidence. He’s an inspiration for this generation.”