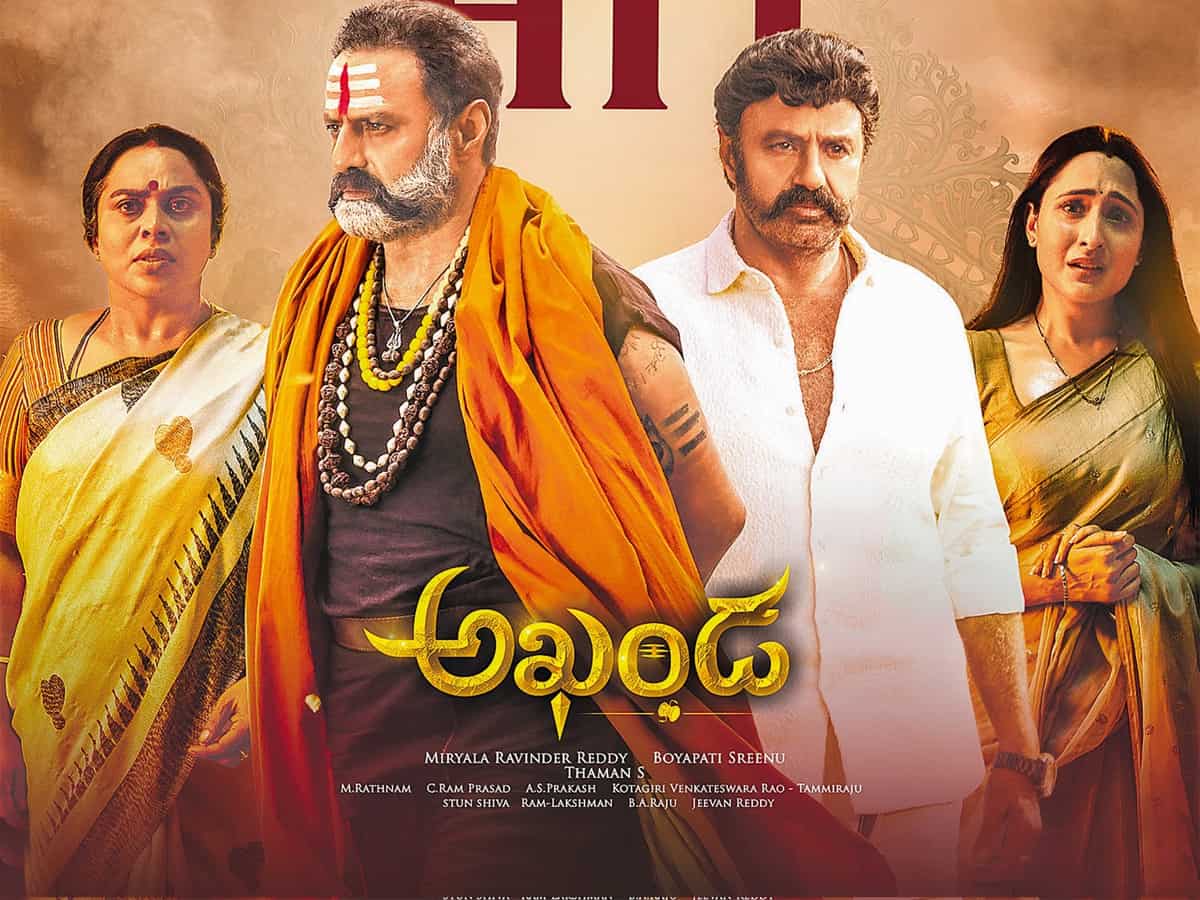 As per the latest reports, the film passed the Monday test in distinction. In the majority of the areas, the film reported occupancy of over 70 percent. Surprisingly, the evening shows reported house fulls in many areas.

Akhanda is the first film after the lockdown to have performed well on Monday and the film proved the point that Balakrishna’s craze is unstoppable.

Dil Raju who distributed the film in Nizam organized a party on Monday night for the film unit.

Akhanda, on the other hand, is doing extremely well in overseas as well. The film is expected to collect one million dollar rupees at the box office.

Directed by Boyapati Srinu, Akhanda is produced by the Dwaraka Creations banner.