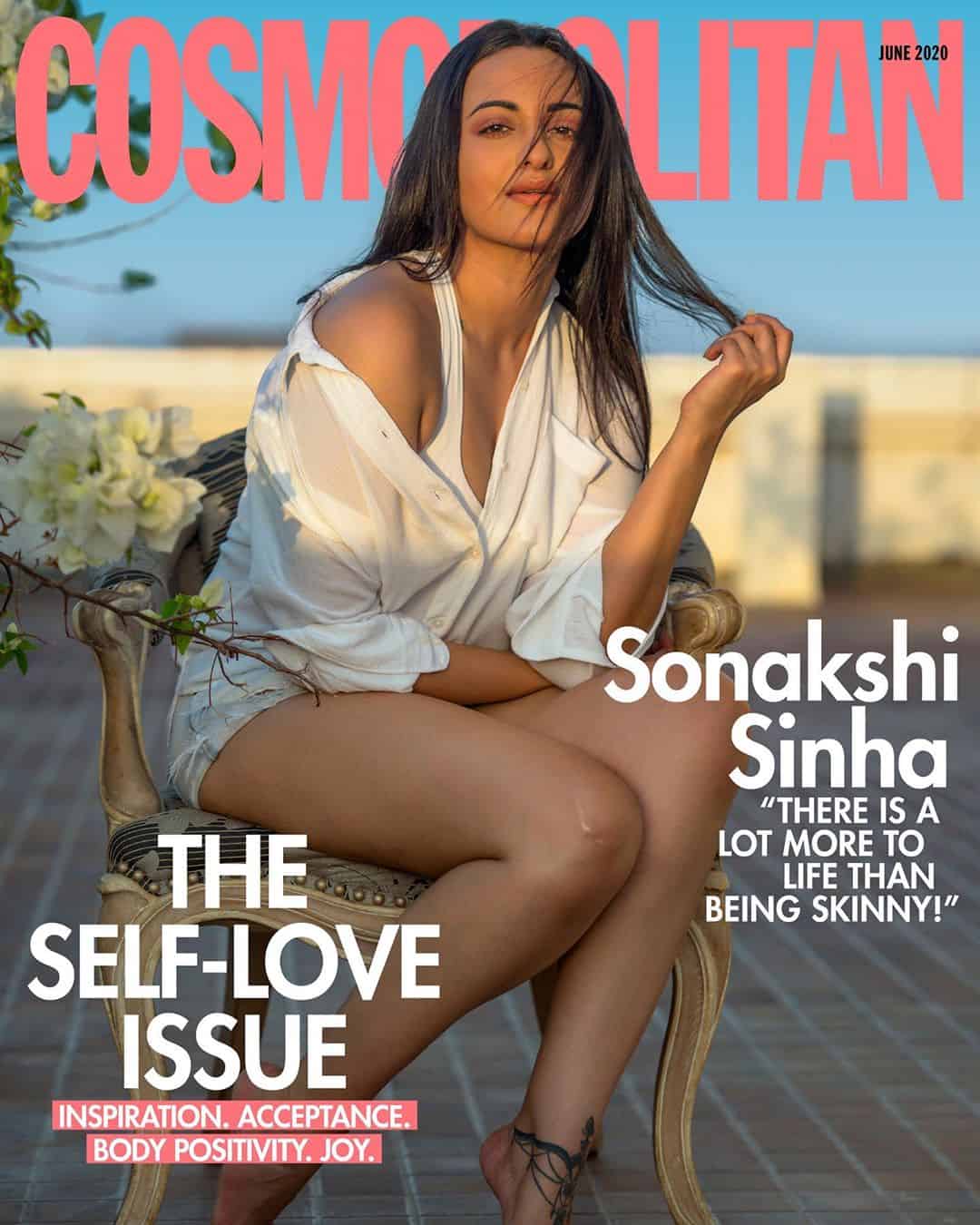 The bubbly and gorgeous B-town actress, Sonakshi Sinha has turned cover girl for leading style and fashion magazine Cosmopolitan India during the quarantine.

The actress herself shared the new cover on Instagram and captioned it with a strong and befitting message. “Constantly being told to look a certain way? Fit a certain mold? F@/# That! Be yourself. Love yourself. Presenting my first Quarantine Shoot for @cosmoindia’s Self Love issue shot by my brother @kusshssinha!”.

Sonakshi Sinha is considered as one of the fashionistas of Bollywood with earlier appearing on prominent magazine covers like December edition of Cosmopolitan and boy oh boy! This time too, Sona has nailed the look wearing the oversized shirt alone. With subtle makeup and sleek hair, Sonakshi looked smoking’ hot.

The reason behind her caption is obvious that the actress has many times been vocal about body standards, the key to happiness, and how to get rid of body shaming. Ergo, Sonakshi tells people to ditch certain standards of society and love being yourself.

On the new cover, Sonakshi is seen wearing her own costume, doing her makeup and hair all by herself. And she still looks like a pro, kudos to her grooming skills. In spite of quarantine. Sonakshi makes the look effortlessly glamorous, with a dazzling expression on her face.