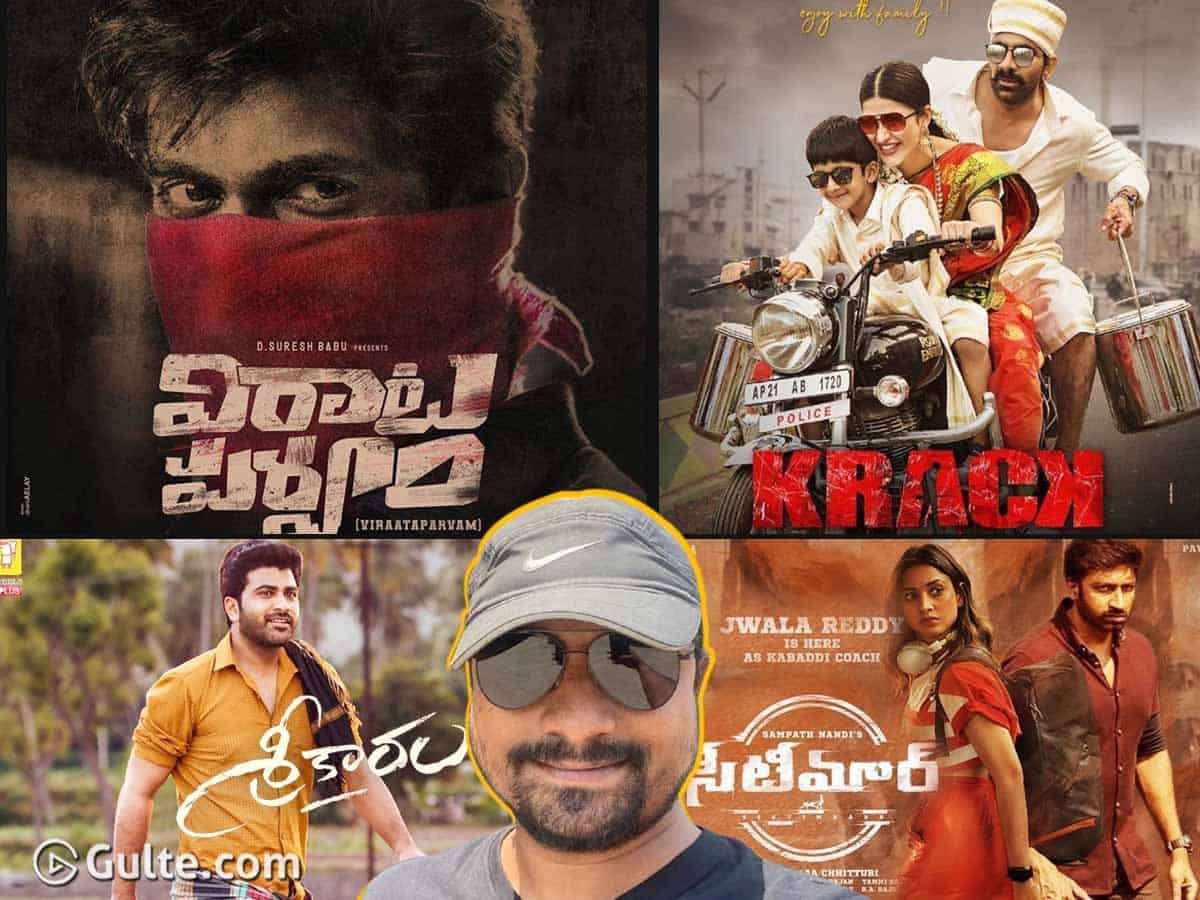 In a big relief to the Telugu film industry that has been going through its worst-phase for the last four months, a noted distributor in Telangana has come forward to acquire four major films for distribution. iSmart Srinivas aka Warangal Srinivas, who distributed films like iSmart Shankar, Valmiki, Husharu, Raju Gari Gadhi 3, besides many others, has acquired the theatrical rights of – Rana Daggubati’s Viraata Parvam, Ravi Teja-Gopichand Malineni’s Krack, Sharwanand’s Sreekaram and Gopichand- Sampath Nandi’s Seetimaar. All these films would be distributed in Nizam through Srinivas Adepu on his banner Sri Karthikeya Cinemas.

All these four films are in various phases of making and once theatres are open and based upon the releases, the makers would give a clarity on the schedule of releases. It’s buzzed that Srinivas is in talks with a couple of other films. His aggressive moves are even shocking to the traditional distributors in the market who have been in the business for longtime. On the other hand, Srinivas has ventured into production. He is producing Telugu versions of Vishal and Sundar C’s Action and Siddharth-GV Prakash starrer ‘Erupu Pasupu Pacha’ in Telugu.

At a time Tollywood is going through one of its worst phases, Srinivas’ daring move to acquire Nizam rights of four films is a welcome move. Let’s hope that the market revives soon.