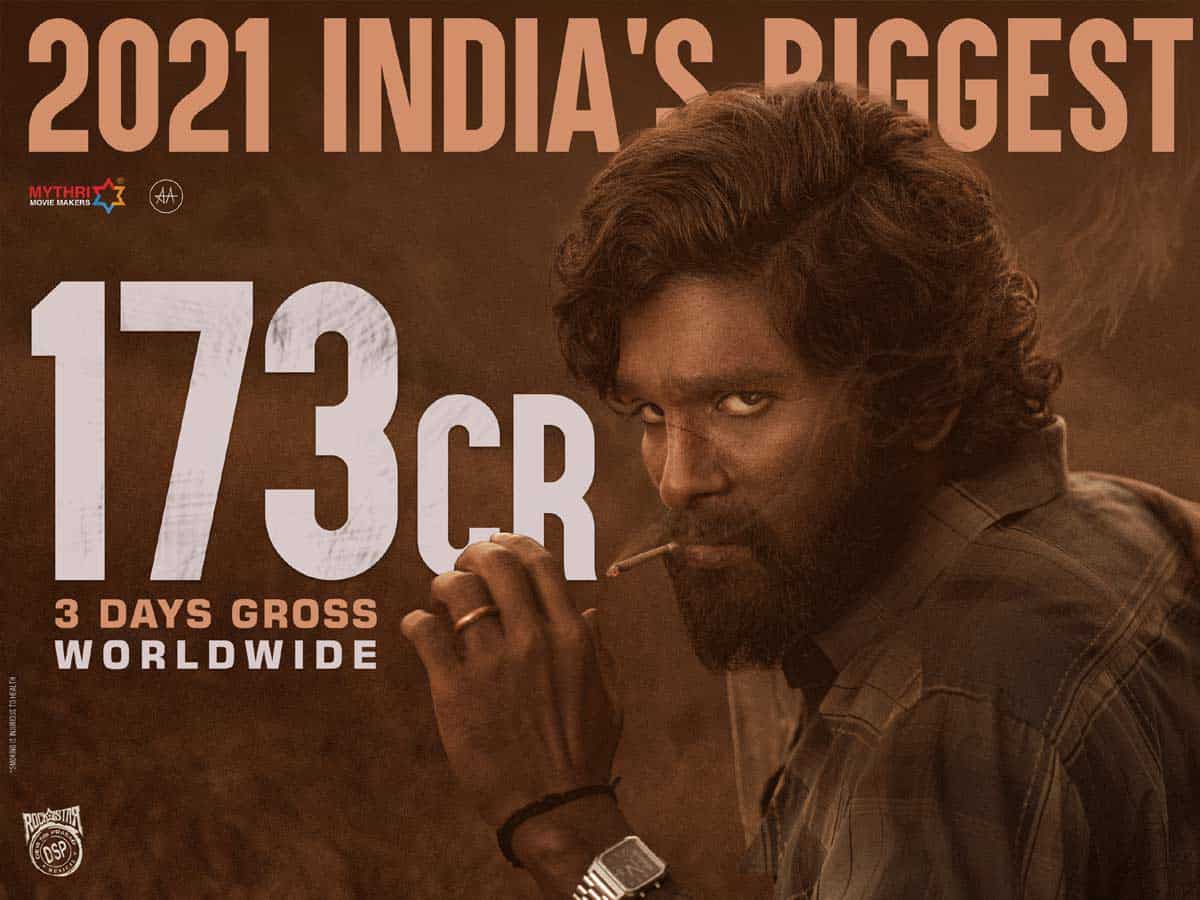 Icon Star Allu Arjun stormed the box office with his ‘Pushpa’ and the film collected Rs 173 crore gross in the first weekend. Confirming the same, the official handle of ‘Pushpa’ wrote, “Pushpa Raj bringing a new lease of life to the theaters. His rage at the Box Office continues. MASSive 173 CR 3 days Gross Worldwide for #PushpaTheRise.”

From the Telugu states, ‘Pushpa’ share is just over Rs 50 crore. The control in ticket pricing is clearly visible with these numbers. But the film is making up for it in Telangana. At RTC X Roads which is cinema hub, the film collected over Rs 1 crore gorss.

In Hindi, ‘Pushpa’ posted stunning numbers and collected Rs 12 crore and these collections are really encouraging. What’s interesting is, in the BookMyShow website, the Monday bookings are very boosting and this is evident that ‘Pushpa’ is on its way to become a hit.

In Tamil Nadu, ‘Pushpa’ grossed Rs 11.9 crore and the breakeven is Rs 13 crore. During this week, ‘Pushpa’ will effortlessly get into the profit zone while the second weekend, which is a holiday one, will witness good numbers.

In Karnataka, the film raked up Rs 7 crore while in Kerala, ‘Pushpa’ released a day after the actual release date yet the collections were stunning. It has crossed over Rs 5 crore.