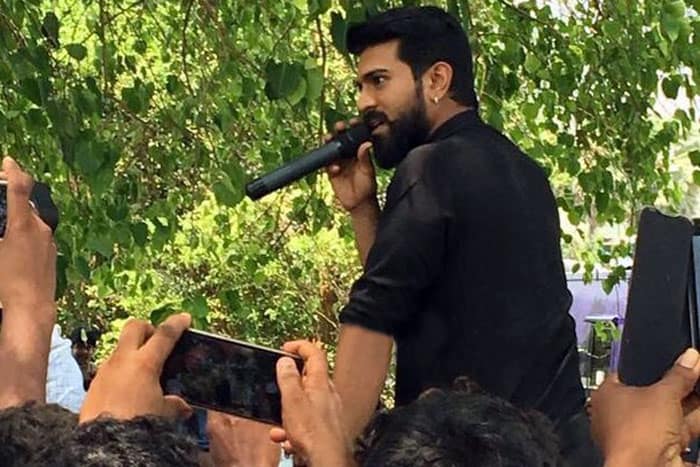 Ram Charan Tej is active on social media but not on a daily basis. The actor makes sure he posts or shares important messages on various platforms and sometimes, responds to posts and tweets which have him tagged.

Mostly, he wishes his best friends, family members and close colleagues in the industry on their birthdays and special occasions. And oh yes, he takes up all the challenges and fulfils them as well.

On Sunday, he took to his social media platforms to share pics of himself. One is a full photograph and looks like it was clicked in Azerbaijan while he was shooting for Vinaya Vidheya Rama. The other one is a close up.

The surprising thing is the caption that he has given to the image. Completely in contrast to the pics, he wrote a philosophical quote which says, “When u seek revenge violent or non-violent, we are just revolving, not evolving -Edith Eva Eger: The Choice” (sic)

Ram Charan hardly writes such quotes. But it is known that he is a spiritual person. Now with this latest caption, fans can somewhat understand that the lockdown period has made him a philosophical person as well, just like wife Upasana.

Also, in the latest video he posted, wishing Jani Master on his birthday, Charan can be seen with long hair and beard and it looks like he is on some spiritual deeksha.