Lip Kiss Trend Is Back In T’wood 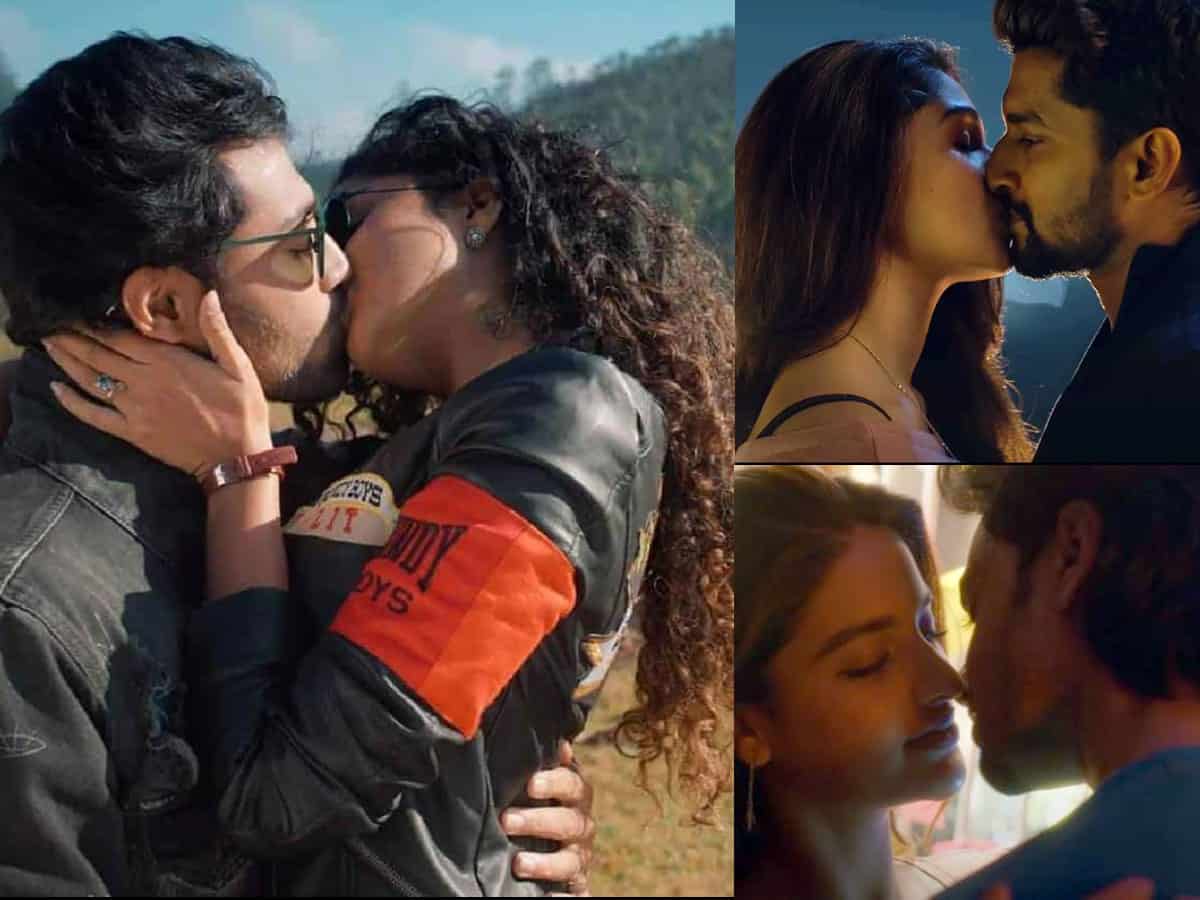 The lip-kiss trend is back in Tollywood. The makers are opting for steamy lip-lock scenes to pull youths to cinemas. The recent movies validate that the tradition of on-screen kissing has returned. Shyam Singha Roy, Rowdy Boys and Hero have all featured the lip-lock scenes.

Krithi Shetty, who acted as Bebamma in Uppena, scorched screens with her intimate scene in Nani’s Shyam Singha Roy. It also featured a hot lip-kiss between Krithi and Nani that made youths go berserk. This is for the first time Krithi has done on-screen kissing and this drew the needed attention.

Meanwhile, talented beauty Anupama Parameswaran is the talking point as she upped the glam quotient in the lip-lock game. Anupama opts for roles with substance and less with glamour. Looks like she is now changing her game and trying to be the best of both the worlds.

In Rowdy Boys, Anupama has given as many as three lip-locks to her co-actor Ashish. Her lip-kiss scenes have become a talking point. Other than the 3 lip-kiss scenes and Anupama’s show, Rowdy Boys hardly has anything new to offer.

Nidhhi Agerwal too proved she’s no less in terms of glamour treat. She locked lips with newcomer Ashok Galla in Hero. Her chemistry with Ashok did work in parts in the film. Nidhhi continues to swoon with her glam doll image. It needs to be seen whether her image makeover is on cards with her next Hari Hara Veera Malla where we’d get to see her in period film.

On the whole, it is clear that Tollywood makers have once again resorted to on-screen kissing to hog the limelight. It’s just a trend reversal, say experts.