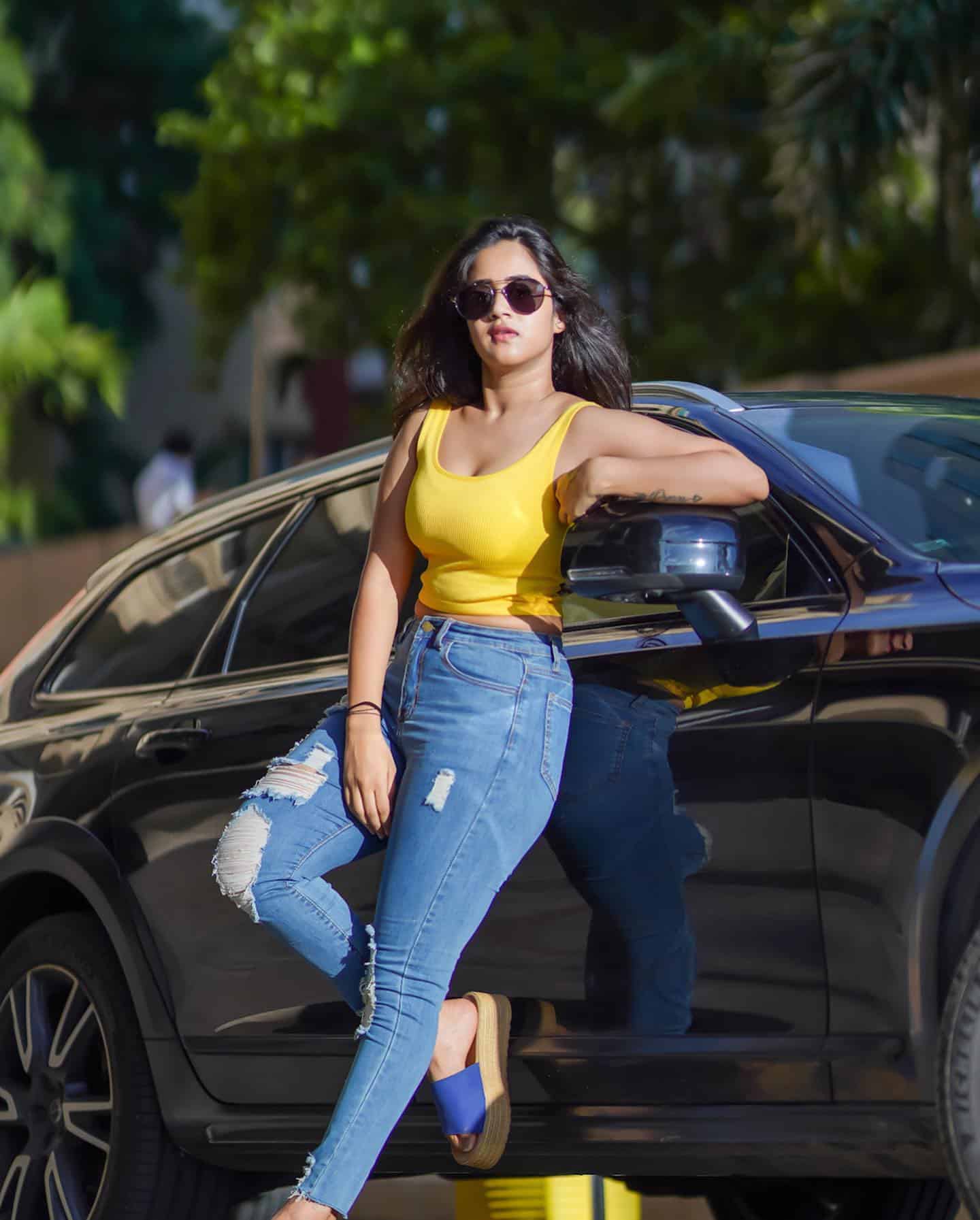 One of the popular Telugu Instagram stars, Deepthi Sunaina, has actually started to up her game bigtime ever since she broke up with her boyfriend Shanmukh Jaswanth. The latest we hear is that she will be making her silver screen debut pretty soon and here are some interesting snippets coming up.

Reports are doing rounds that Deepthi wanted to debut as a heroine a long time back but actually stopped herself due to some personal issues. They say that she is now in touch with a couple of big production houses that actually wanted to cast her earlier, and a top production house is now getting ready to make a web series with her. And the same production house is likely to cast her opposite a popular young hero as a leading lady also. Details of these projects are currently being kept under the wraps.

Though a couple of films took off earlier with Deepthi as the leading lady, somehow they never reached the finish line. But right now the Instagram starlet who is popular for her tiktok videos and cover songs, wants to take the game to next level at any cost. Meanwhile her former Boyfriend Shanmukh is also debuting as a hero on the silver screen with a project being helmed by Haarika Haasini Creations as per the buzz.