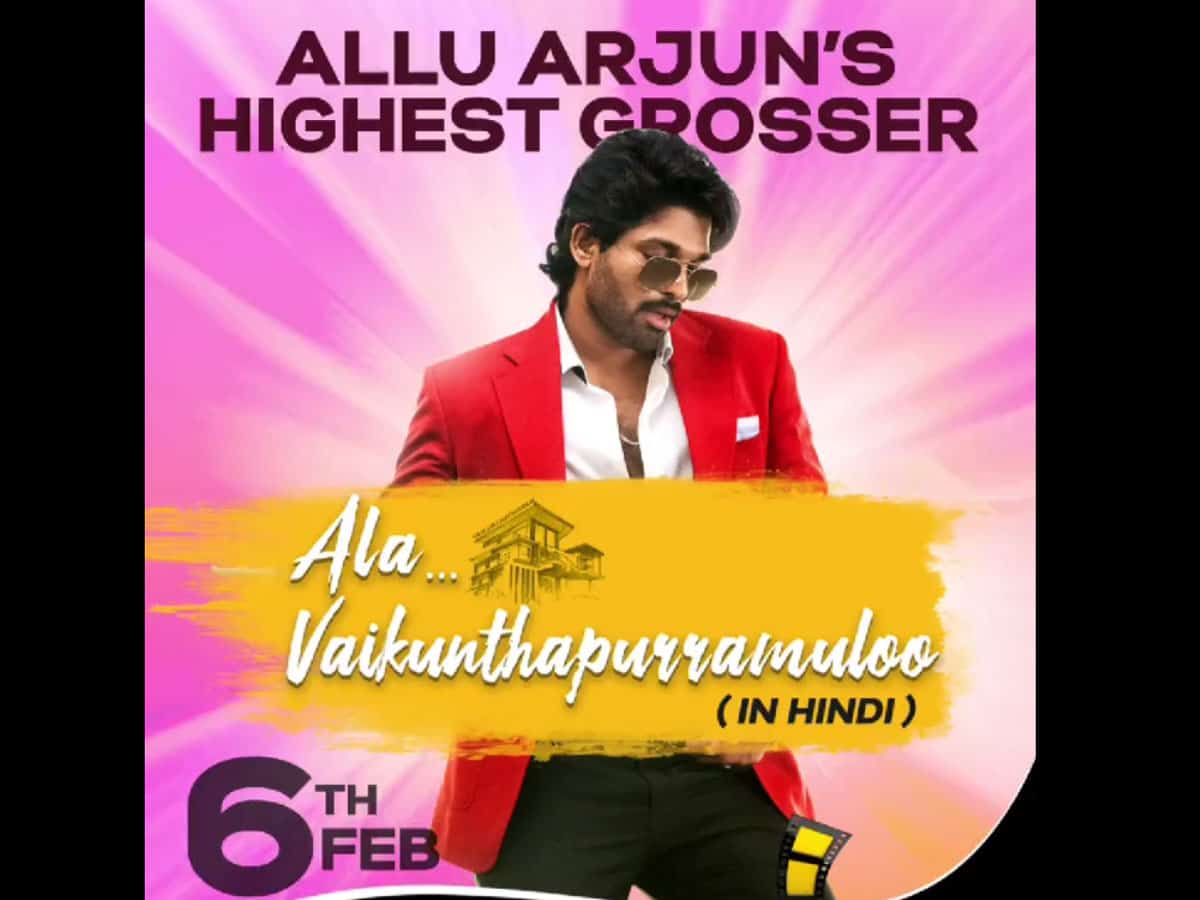 A few days ago, we have reported that producer Manish Sahu will be releasing the Hindi dubbed version of Ala Vaikunthapurramuloo. But after the mega-producer, Allu Arvind convinced Manish over not releasing the dubbed version when a remake of the film is being made as Shehzada with Kartik Aaryan in the lead role, the release of dubbed one has been called off.

However, Manish Shah has released a statement today saying that he will never disappoint Allu Arjun fans from the North. The fans have been waiting to experience the Trivikram directed family comedy in Hindi and feel the essence of the original film. There seemed to be no compromise and trade for a remake with the original.

On February 6th, the Hindi version of ‘Ala..’ will have its telecast on Dhinchaak channel. Interestingly this channel is owned by Goldmines Telefilms which streams south dubbing films 24×7. Either way Goldmines is cashing fully on Allu Arjun’s stardom and for sure ‘Ala..’ will attract a lot of viewership.

Manish said that they have worked really hard for the dubbed version and the audience cannot find any regional references in the Hindi dubbed version. “There is a board room sequence in the original where Allu Arjun is singing songs from South films, we have got it all changed to Hindi songs,” he says. “We have spent Rs 2 crore on the dubbing. All the songs from Ala Vaikunthapurramuloo have been dubbed in Hindi by the same set of singers, who sung in Telugu,” he shares.

Meanwhile, the Hindi remake of Ala Vaikunthapurramuloo is titled Shehzada and features Kartik Aaryan and Kriti Sanon in lead. It’s slated to release on the big screen in November this year.