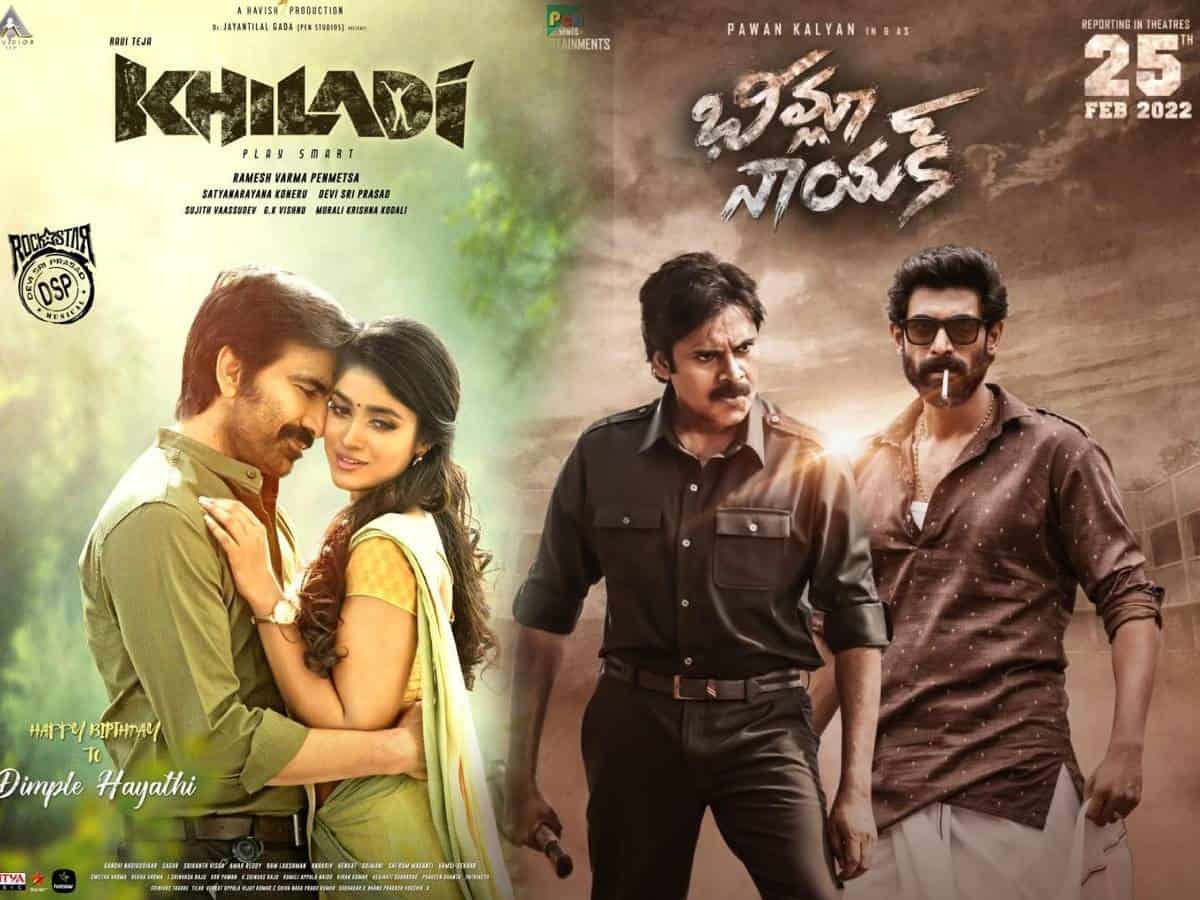 2022 started off on a disappointing note for the Telugu film industry. None of the films that were released in January has managed to become a super hit at the box office. Now, all the attention is on the February releases.

Actually, biggies like RRR and Radhe Shyam were slated for release this month. But they were postponed due to the third wave of the pandemic. After their postponement, we witnessed the releases of Bangarraju, Rowdy Boys, Hero and Super Machi during the Sankranthi festive season.

However, none of these movies was able to collect big at the box office. Though Bangarraju has decent openings and good response, it remained a loss venture in many areas, stated the trade analysts.

Now, all hopes are on the February release. Ravi Teja’s Khiladi and Pawan Kalyan’s Bheemla Nayak are the two big releases lined up in February. Though the makers are adamant about releasing Khiladi on February 11 and Bheemla Nayak on 25th, we may see some last-minute postponements due to the current situation.

Already, February is considered a dull month because it is an exams season. Now, the pandemic has been added to it. There is a night curfew and a 50% occupancy rule in Andhra Pradesh. So, it will be a huge risk for the makers if they are planning to release the films under these restrictions.

Apart from Khiladi and Bheemla Nayak, some small films like DJ Tillu and Aa Ammayi Gurinchi Meeku Cheppali are also getting ready for a February release. It has to be seen if they hit the screens and manage to do well at the ticket counters or back out from the release due to the current scenario.