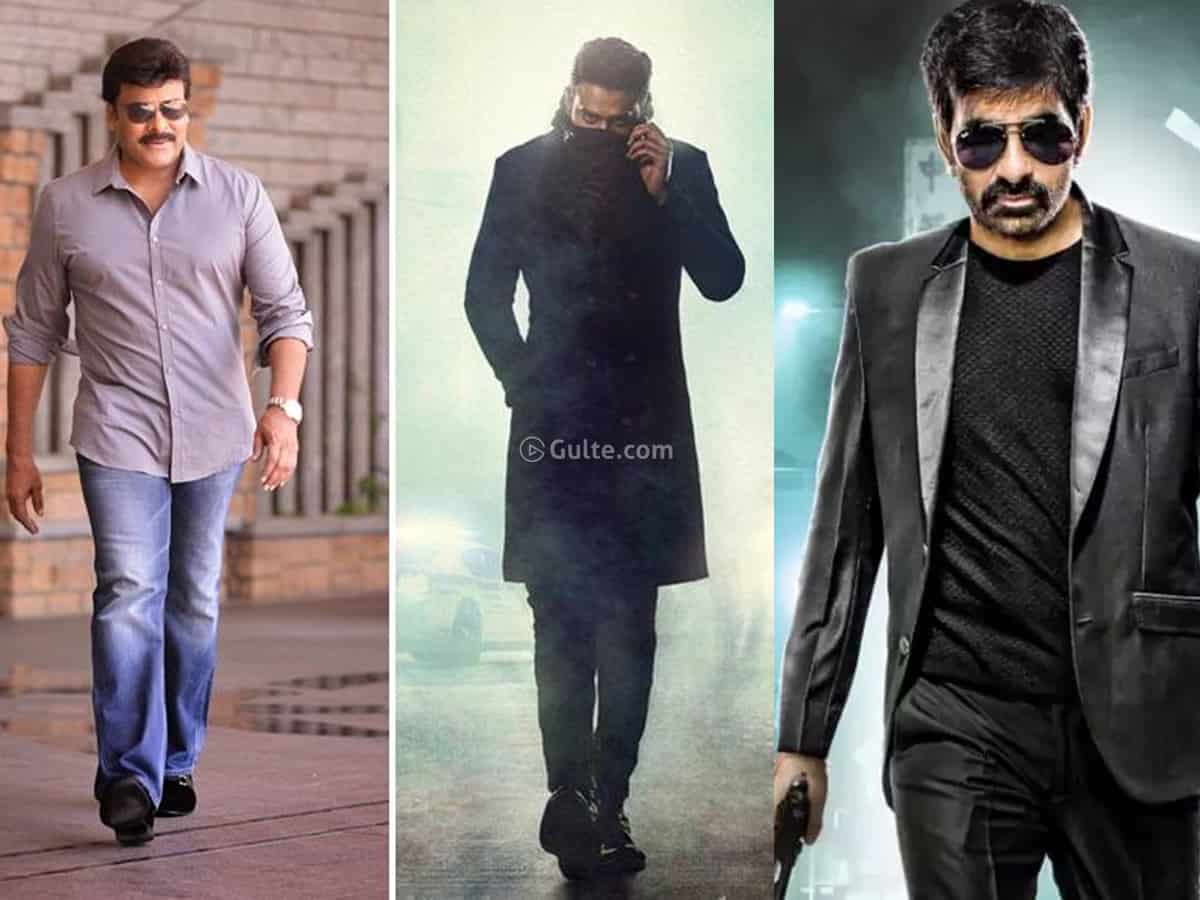 The COVID-19 pandemic has completely changed the working style of the film industry. There is no clarity about when a film will hit the screens and when it will get done with the shoot. Many heroes haven’t done more than one or two films since the pandemic has started.

But these three star heroes are on a signing spree and building a huge lineup, irrespective of the COVID-19 scenario. Megastar Chiranjeevi, Prabhas and Ravi Teja are the actors we are talking about.

Chiru is currently gearing up for the release of Acharya. It is slated for April 1st release. Meanwhile, he also has Godfather and Bholaa Shankar in the production stage. Apart from these films, Chiru announced movies with Bobby and Venky Kudumula. It is being heard that he is also in talks with Maruthi for another film.

The same is the case with Prabhas, among the young actors. The Baahubali star has Radhe Shyam ready for release. After that, he will come up with Adipurush and Project K. He also announced Spirit in the direction of Sandeep Reddy Vanga. Reportedly, he also okayed a project with Maruthi, which is titled ‘Raja Deluxe’.

Meanwhile, Ravi Teja is repeating the same feat in the mid-range heroes. He has Khiladi ready for release. Apart from that, he is also shooting for Ramarao On Duty and a project with Trinadha Rao Nakkina. Recently, the Vikramarkudu actor also launched Ravanasura in the direction of Sudheer Varma.

While other heroes are unable to sign new films, these stars are setting an example by lining up huge projects. It is indeed a good sign for the industry.