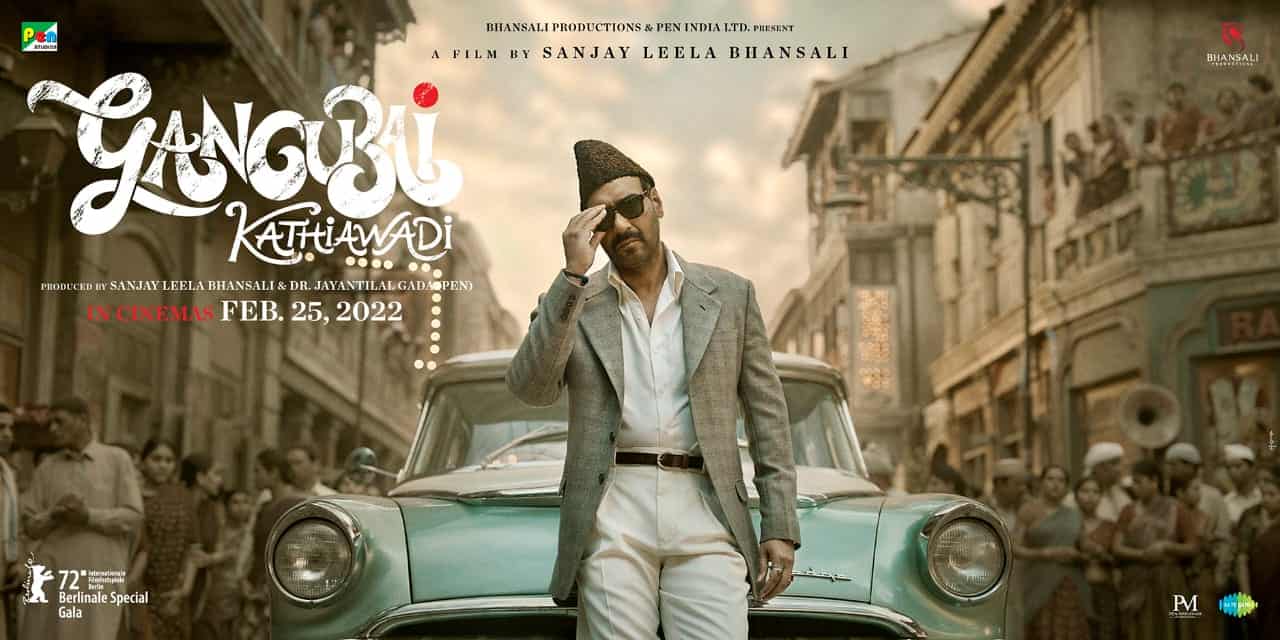 Alia Bhatt and Sanjay Leela Bhansali’s Gangubai Kathiawadi is all set to release on February 25th, 2022. The promotional material of the film released so far is very effective and the expectations are huge on the movie.

Ajay Devgn features in the film in a special role. The team has released the first look of the star a short while ago. Devgn is seen is in a suit possessing elegance and Royalty as he poses before a vintage car.

The film’s trailer is releasing tomorrow. Gangubai will be the first Biggie releasing in Bollywood after the third wave in India. Grand promotions are planned and a massive release is on its way.