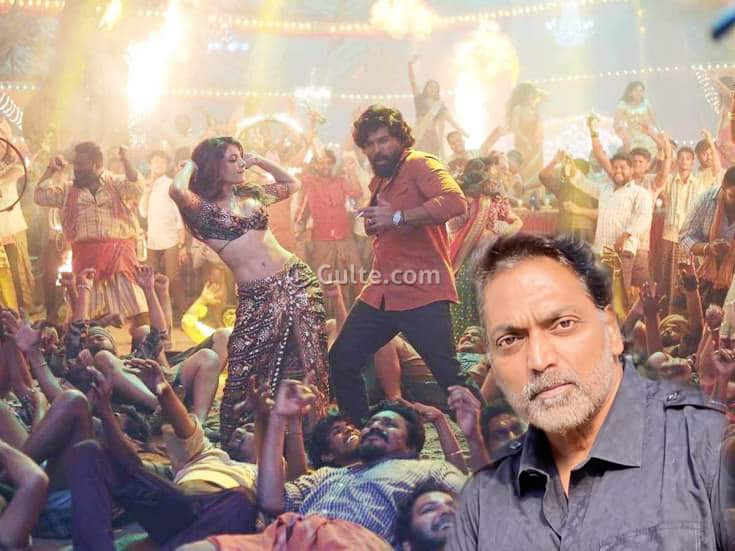 ‘Oo Antava…Oo Oo Antava…’ from Pushpa: The Rise became an instant chartbuster when it was released. This is the first-ever item song performed by Samantha. Once the audiences saw the song on the big screen, they were amazed by the sensuous performance of Sam and Allu Arjun. The video version became more popular than the audio version.

This song is currently trending across various parts of the world. It was Bollywood choreographer Ganesh Acharya who composed the dance steps for this track.

Speaking in a recent interview, he revealed that the makers of Pushpa have postponed his surgery in order to make him choreograph this song.

“So, the film was to release on December 17 and Allu Arjun called me on 2nd or 3rd saying Masterji we want to do a song. I told him that it’s really on short notice and I have cataract surgery tomorrow. But then the producers spoke with the doctor and moved the date and called me to choreograph the song. We rehearsed for two days and started the shoot,” said Ganesh Acharya in his recent interview with the leading media.

Ganesh Acharya also revealed that he choreographed Samantha for the first time and heaped praises on both Sam and Allu Arjun.

“There are different ways to show sensuality. I don’t believe in exposing too much. Even if a lady lifts her sari a little from her feet, it can look sexy. Attitude is good enough to look sensuous. Both Samantha and Allu Arjun brought a certain attitude to the song and I think that’s why this song has worked well,” he went on to add.