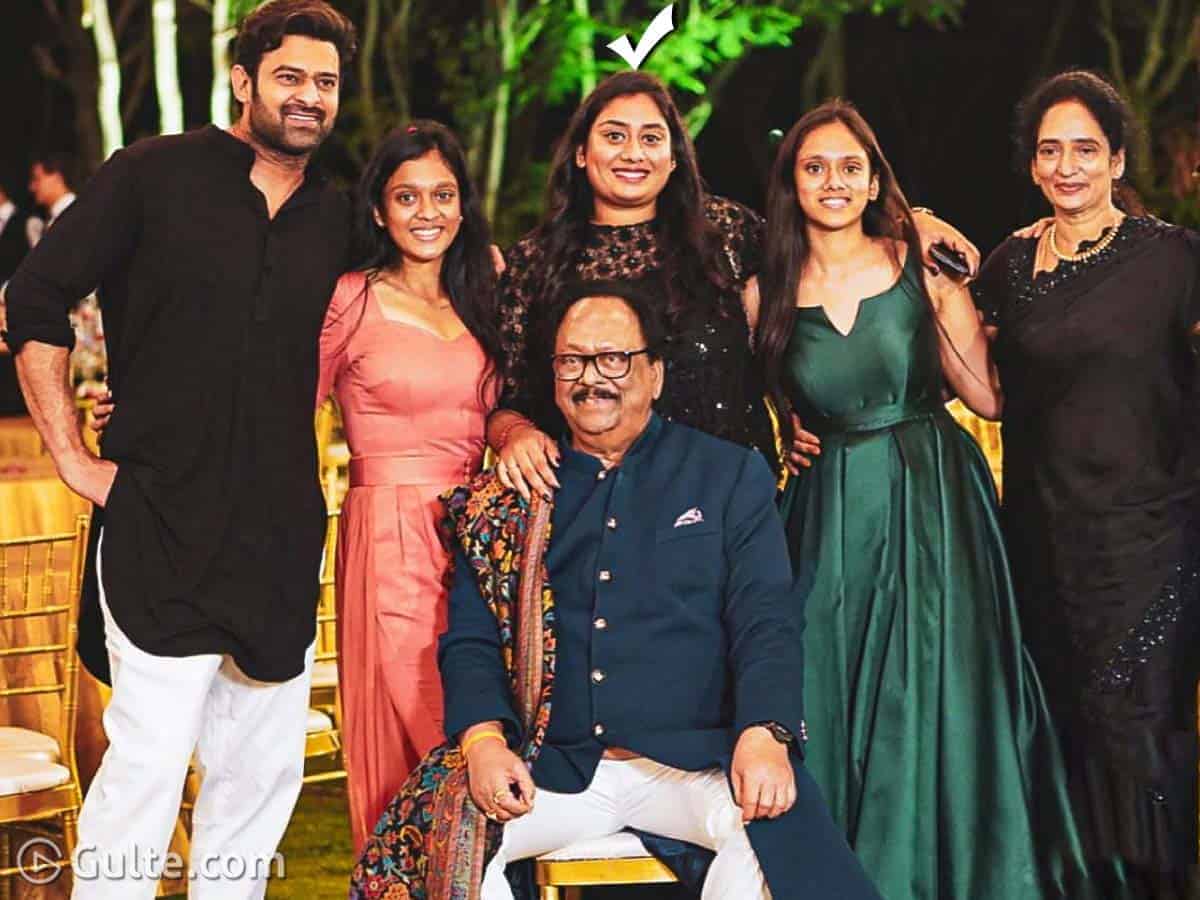 In the era of having more than two silverscreen heroes from a family, Prabhas is the only one who is the successor of Rebel Star Krishnam Raju. Having made an ordinary debut, Prabhas climbed the ladder on his own. With ‘Baahubali’ he garnered huge stardom and is now a pan-India star.

Prabhas’ father Suryanarayana had handled the production works of Krishnam Raju’s films and there was no other person from the Raju family. And now a new person is stepping into the industry and she is Praseedha Uppalapati.

Krishnam Raju is blessed with three girls and Praseedha is the eldest daughter. She was seen in events related to Prabhas films and also on social media wherein the family pictures of Krishnam Raju are available.

Now Praseedha is all set to make a grand entry as a producer. In the first look poster of ‘Radhe Shyam’ unveiled this morning, Praseedha’s name was written alongside UV Creations producers Vamsi and Pramod.

But this is no ordinary debut for Praseedha as Prabhas is a pan-India Superstar and expectations would be sky high on the film. Wishing her good luck !