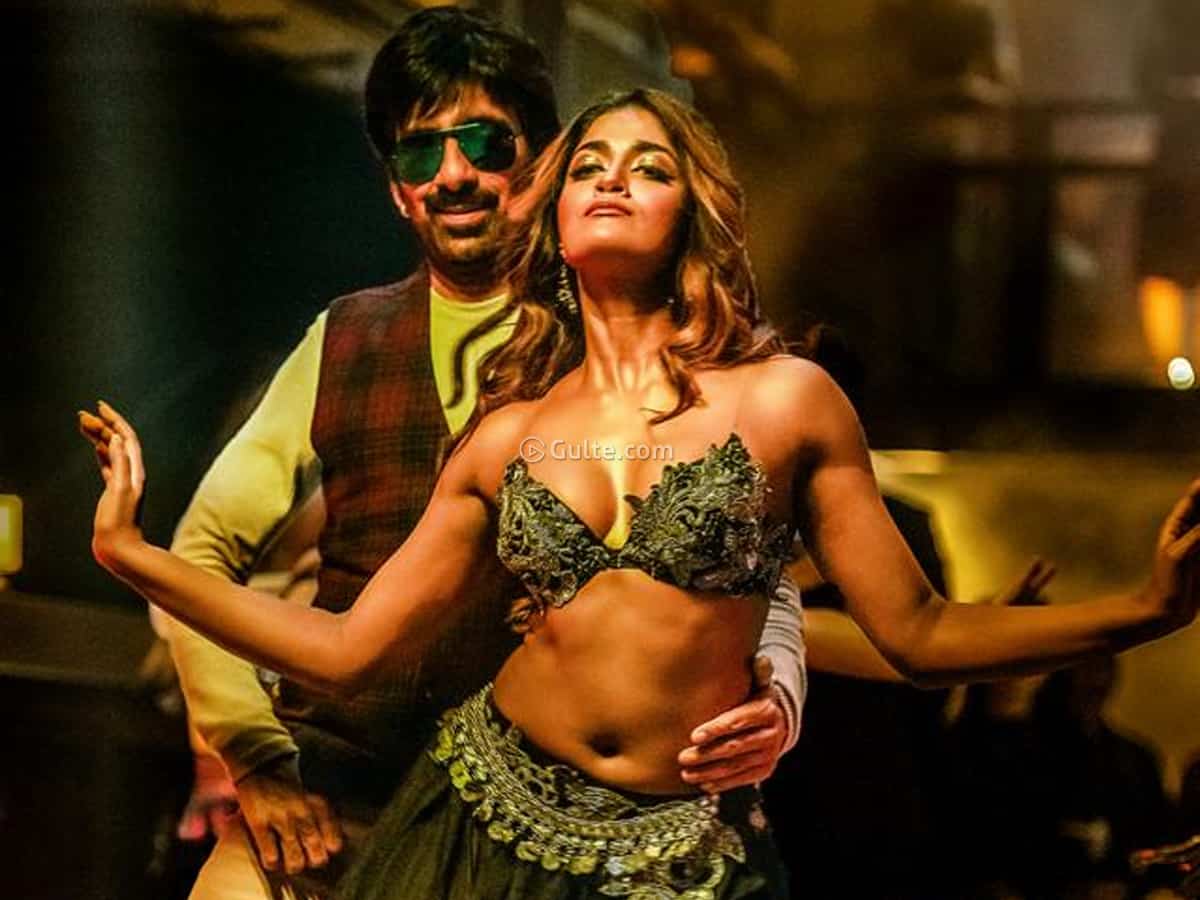 Mass Maharaja Ravi Teja’s upcoming film Khiladi directed by Ramesh Varma and produced by Satyanarayana Koneru is slated for its theatrical release on 11th of this month. Promotions are in full swing for the movie tipped to be an intense action entertainer.

Rockstar Devi Sri Prasad rendered soundtracks for the movie and today a groovy track Catch Me from the movie will be unveiled. A brand-new poster from the song is released and it shows Ravi Teja’s mass romance with Dimple Hayathi.

While Dimple Hayathi poses sensuous and looks like a glamorous mermaid, Ravi Teja is seen holding her waist from behind. Dimple Hayathi’s graceful dances are said to be major attraction of the song, besides DSP’s rocking composition,