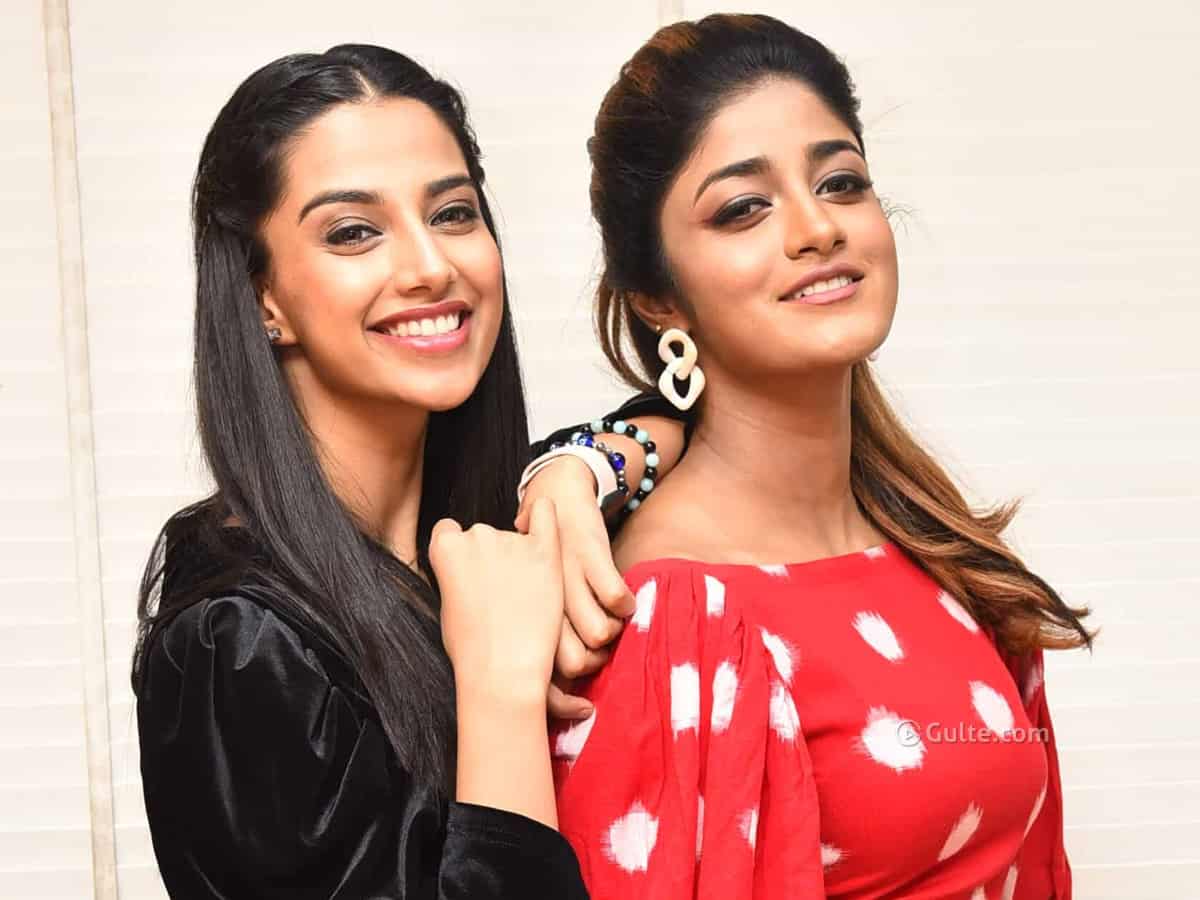 Mass Maharaja Ravi Teja’s stylish action entertainer Khiladi directed by Ramesh Varma and produced by Satyanarayana Koneru is scheduled for release on February 11th. Promotions are in full swing for the film and heroines Meenakshi Chaudhary and Dimple Hayathi interacted with media today.

Meenakshi Chaudhary who says she immediately okayed the project as it features Ravi Teja affirms mouthing dialogues in Telugu was a big task for her. “Ravi Teja’s comedy timing is impeccable. He used to make me feel comfortable on sets and used to give me time. I really enjoyed working for this movie. I don’t really think about duration of my character, but I’m particular about importance of my character in a film. I feel happy to get such big project as my second one. My director informed me about lip-lock scene in the film, when he narrated me the story. Commercial films will usually have all the elements.”

The actress further says, “Heroines characters in Ravi Teja’s films have good importance. We can’t judge characters immediately and that’s what I learnt in acting school. Commercial films have all the emotions and everything we do is part of acting. Dimple has lots of self-confidence. She easily mingles with everyone.”

Dimple Hayathi revealed how she got the role in Khiladi. “Someone who saw my photo on Instagram had sent it to director. When I first heard about the story, I got to know that I got an equally important role as Ravi Teja in the film. Exception for action scenes, I’m there almost throughout the movie. I’ve never done such role earlier.”

The actress says she rejected many item songs offers after Gaddalakonda Ganesh. “I wanted to prove myself as an actress, thus I refused all of them. That doesn’t mean that I’m against doing special songs. But I had decided not to do item songs for now.”

Dimple further revealed that she lost 6 kgs of weight for Catch Me song in the film which became a chartbuster number and the actress has been winning praises for her wonderful dances in it.