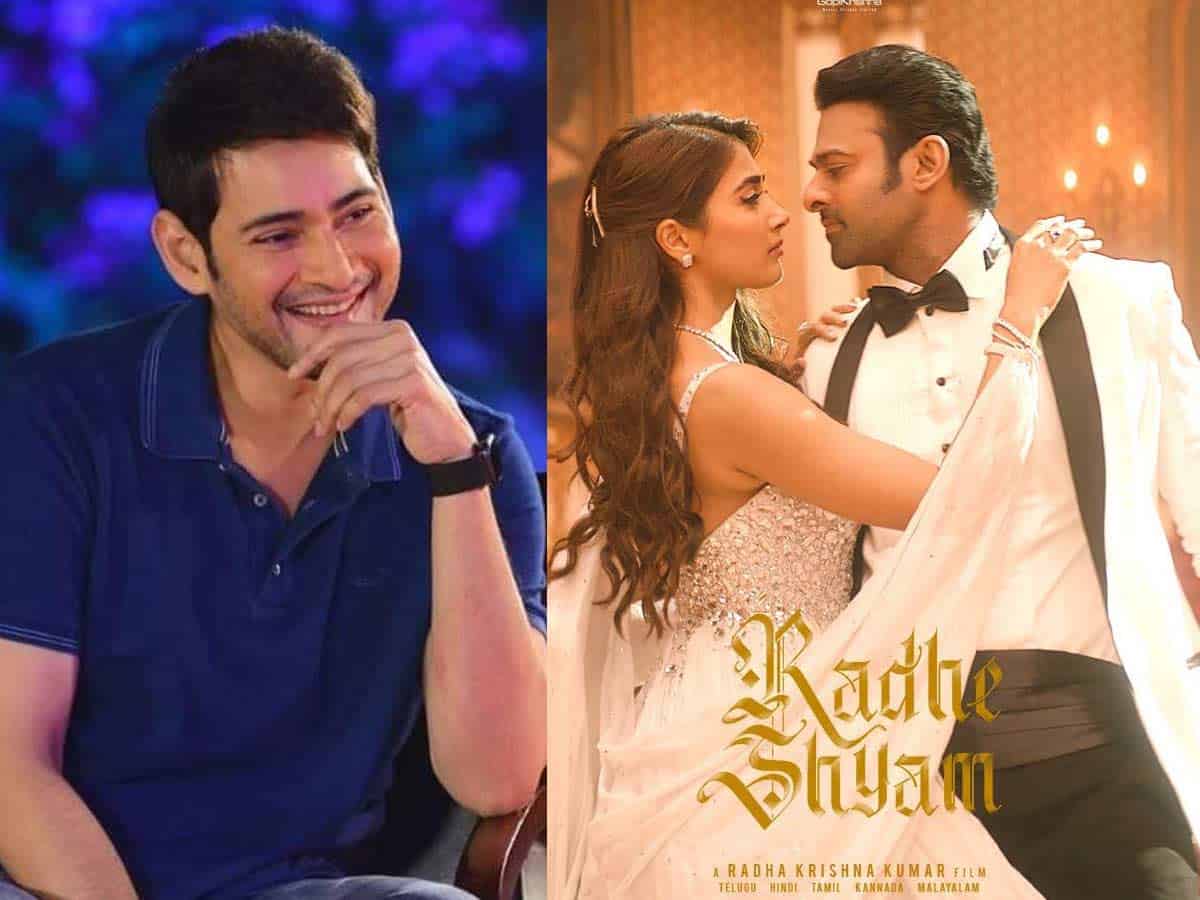 Just a couple of days ago, the makers of Radhe Shyam have announced that legendary actor Amitabh Bachchan has given a voiceover for the film. The inclusion of Amitabh will be a huge boosting factor for the film’s Hindi version.

After that announcement, fans are now wondering who will be giving voiceover for the Telugu version. If the ongoing grapevine is anything to go by, the makers have approached Superstar Mahesh Babu for this job.

Apparently, even Mahesh showed interest in lending his voiceover for Radhe Shyam. Mahesh had earlier given voiceover for films like Jalsa (for Pawan Kalyan’s film) and Baadshah (for Jr NTR’s film).

An official confirmation about Mahesh’s inclusion is not made by Radhe Shyam’s makers yet. If he comes on board, the expectations will be further increased for sure.

Touted to be a period romantic drama set in the 1980s, Radhe Shyam is all set to release on March 11th, in Telugu, Hindi, Tamil, Kannada and Malayalam languages.