Mrunal’s Answer To ‘Reduce Your Back’ Trolls 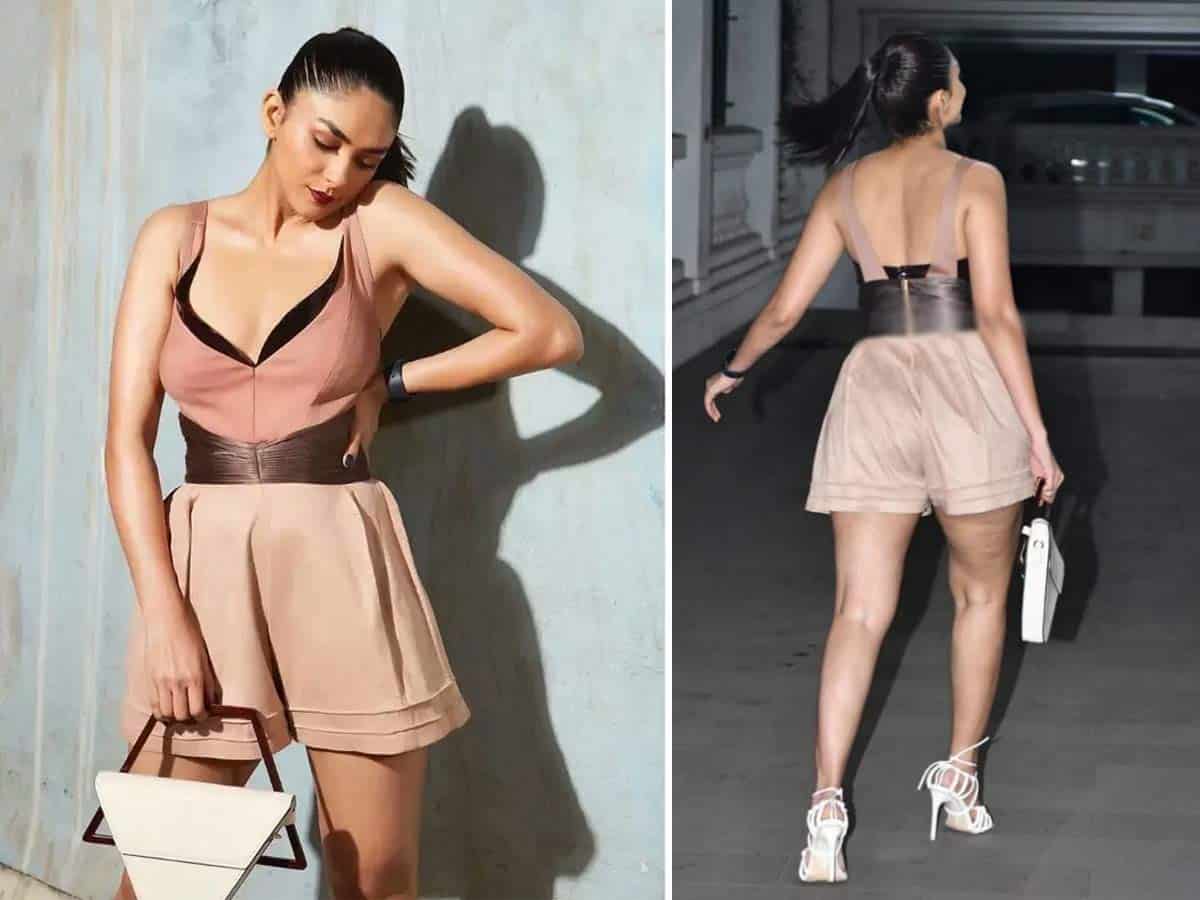 Actress Mrunal Thakur is now a known face for many as she will next be seen in the Hindi remake of Jersey opposite Shahid Kapoor and as Sita in Dulquer Salmaan’s Telugu debut, Lieutenant Ram. The actress is now grabbing attention for shutting down trolls like a boss. It is not a novelty for celebrities to remain in the public eye all the time and get trolled for even trivial things.

Recently, Mrunal Thakur was body-shamed by some trolls on social media after she posted her workout video on Instagram. The actress got lots of appreciation from her loved ones but a few netizens trolled her. Mrunal shared a short video where she can be seen kickboxing. While posting the video, she wrote, “just a regular day with @rohityson_ and @thegirlwithabs”.

A troll commented, “Back is like MATKAA (pot)”. But, Mrunal did not stop and gave the user a sarcastic reply. She wrote, “Thank you Bhaiyaa ji”. Another user wrote, “Reduce the lower part natural looks better too fat illusion”. She gave the user a befitting reply and wrote, “some pay for it, some have it naturally all we gotta do is flaunt buddy! You flaunt yours too”.

Mrunal did not stop there and put some wisdom on her Instagram story too. She put the screenshot of the troll’s comment and wrote, “Do you have any idea how hard I work to be fit? It’s my body type and I can’t really do anything. So, all I gotta do is flaunt”. Her lesson on body positivity is winning hearts. On the work front, apart from Hindi Jersey and Telugu’s Lieutenant Ram, Mrunal will also be seen in Pippa, Gumrah, Aankh Micholi films in Bollywood.