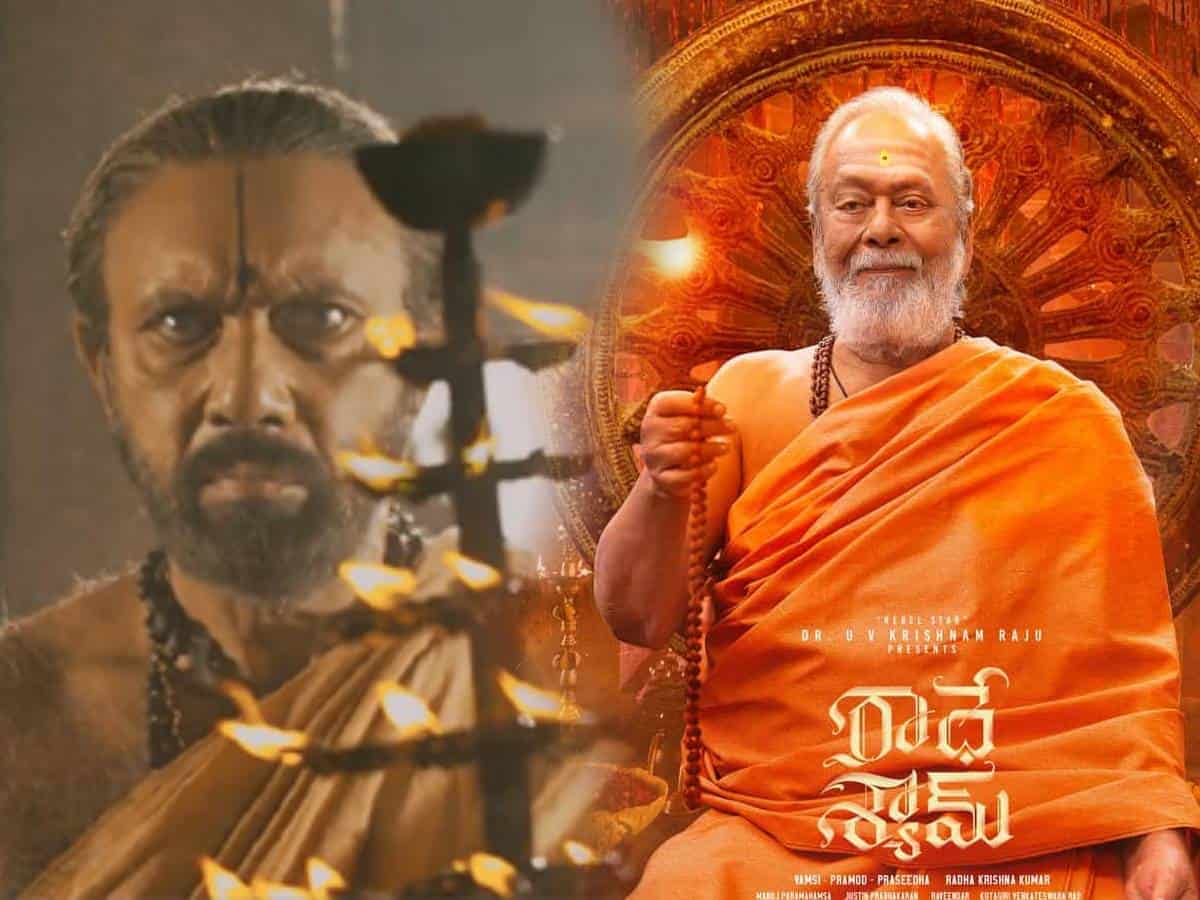 Young Rebel Star Prabhas is currently getting ready for the release of his next film Radhe Shyam. Directed by Radha Krishna Kumar, this movie features Pooja Hegde as the female lead. It is all set to hit the screens on March 11.

Veteran actor Satyaraj played a pivotal role in this movie. However, his character is confined to only Tamil, Hindi, Kannada, and Malayalam versions. Rebel Star Krishnam Raju did that role in the Telugu version.

Meanwhile, Prabhas said in a recent interview that Satyaraj is his lucky mascot. The actor stated that he acted alongside Satyaraj in Mirchi and the Baahubali series. All three movies ended up as blockbusters at the box office.

The Darling actor hoped that Satyaraj’s lucky charm will work for Radhe Shyam as well.

According to Prabhas’ logic, Radhe Shyam should be successful in all other languages, except for Telugu because it doesn’t feature Satyaraj.

On the flip side, Prabhas and Krishnam Raju earlier worked together in Billa and Rebel. Though the former was a hit, the latter ended up as a disaster.

Prabhas now needs both Satyaraj and Krishnam Raju to work as his lucky charms. Let’s see if these senior actors help Prabhas in scoring a blockbuster.