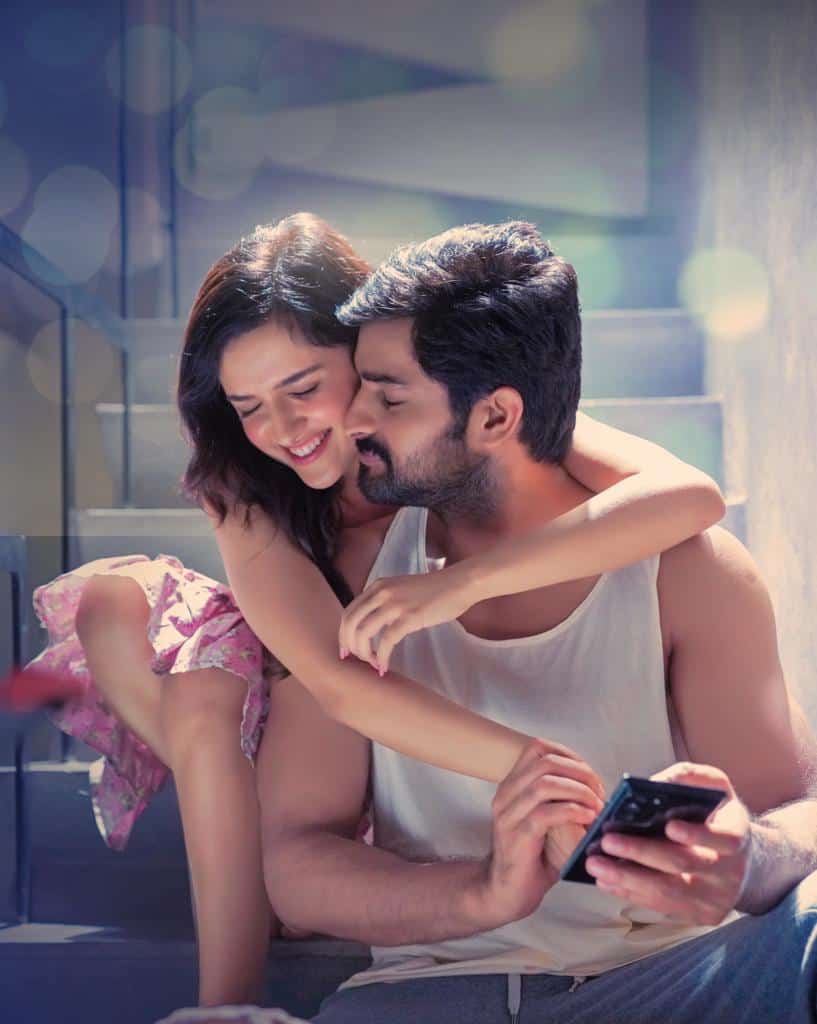 Naga Shaurya’s upcoming romantic entertainer Krishna Vrinda Vihari under the direction of Anish R Krishna is gearing up for its release. The makers began the promotions on an impressive note with teaser which was well received by all the corners. Now, it’s time for the audio promotions.

Get ready to feel the sizzling chemistry of Shaurya and Shirley Setia as the film’s first and romantic song Varshamlo Vennella will be released on 9th of this month. As we can see in the poster, Shaurya and Shirley are in romantic mood, as they get time to spend together. Shirley gives a warm hug to Shaurya and he’s in heaven with that romantic touch.

The film has music by Mahati Swara Sagar. Usha Mulpuri is bankrolling the project under Ira Creations. Radhika Sarathkumar will be seen in a vital role in the movie.