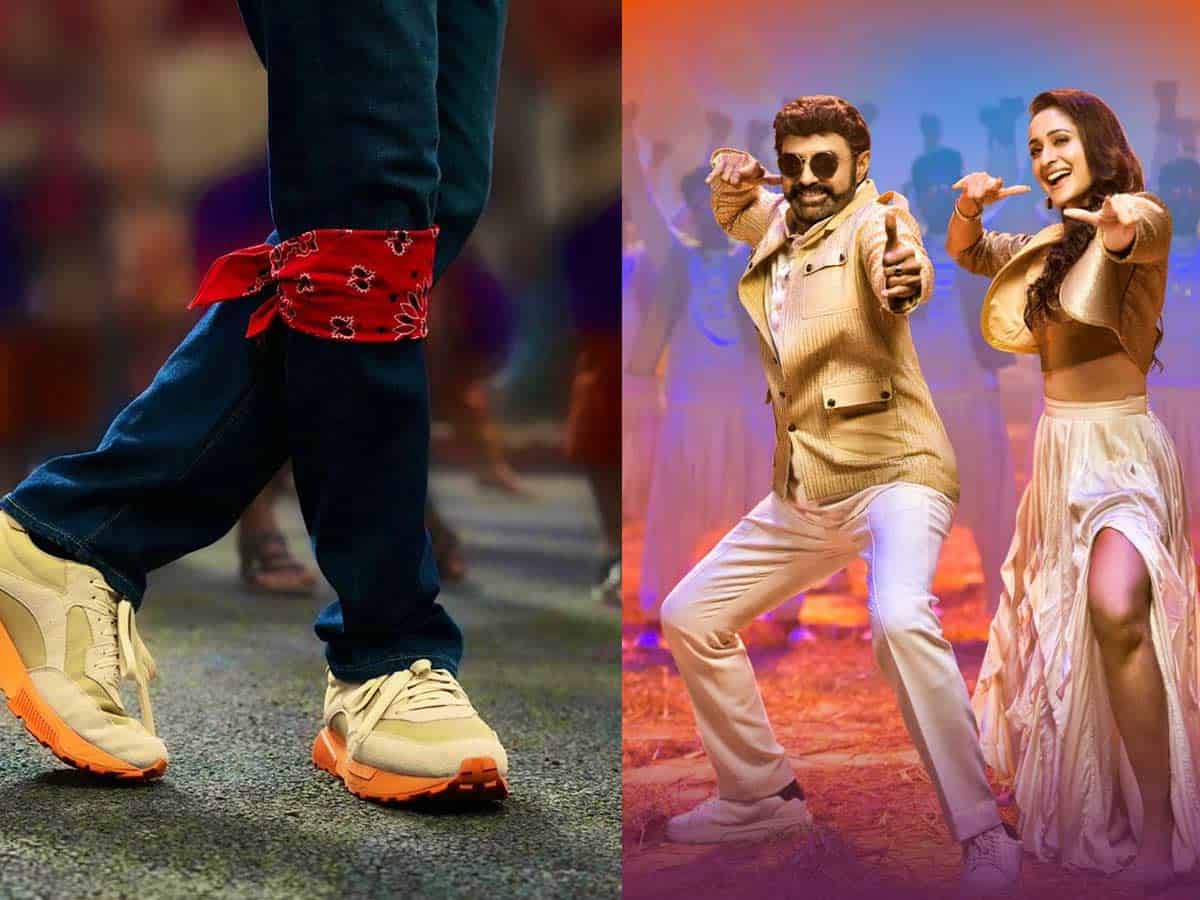 The line ‘Jai Balayya’ became such popular that film lovers are using it quite vividly even if the film they are watching has no connection to that of Nandamuri Balakrsishna. And director Boyapati Sreenu made sure that the ‘Jai Balayya’ slogan will turn into an anthem as he got the song ‘Ya Ya Yaa Jai Balyya’ a superhit through his “Akhanda” movie.

Guess what, this has actually brought back the trend of using the hero’s name in songs and it looks like Superstar Mahesh has first took a clue from the Jai Balayya song. The song that is being filmed on Mahesh and Keerthy Suresh right now at Ramoji Film City for Sarkaaruvari Paata starts with the line “Ma Ma Ma Maheshu”, thus elevating the hero’s original name in a big way.

Though the likes of Megastar Chiru, Balayya and Akkineni heroes got their names chanted in songs in some poetic way or the other, this is the first time Mahesh Babu is indulging in such a stunt. With Sarkaruvari Paata being a pure mass film, surely this song composed by SS Thaman might turn out to be another mass hit of the decade. Let’s see what happens.