Inside Talk: Why Megastar Doing Film To Radhika? 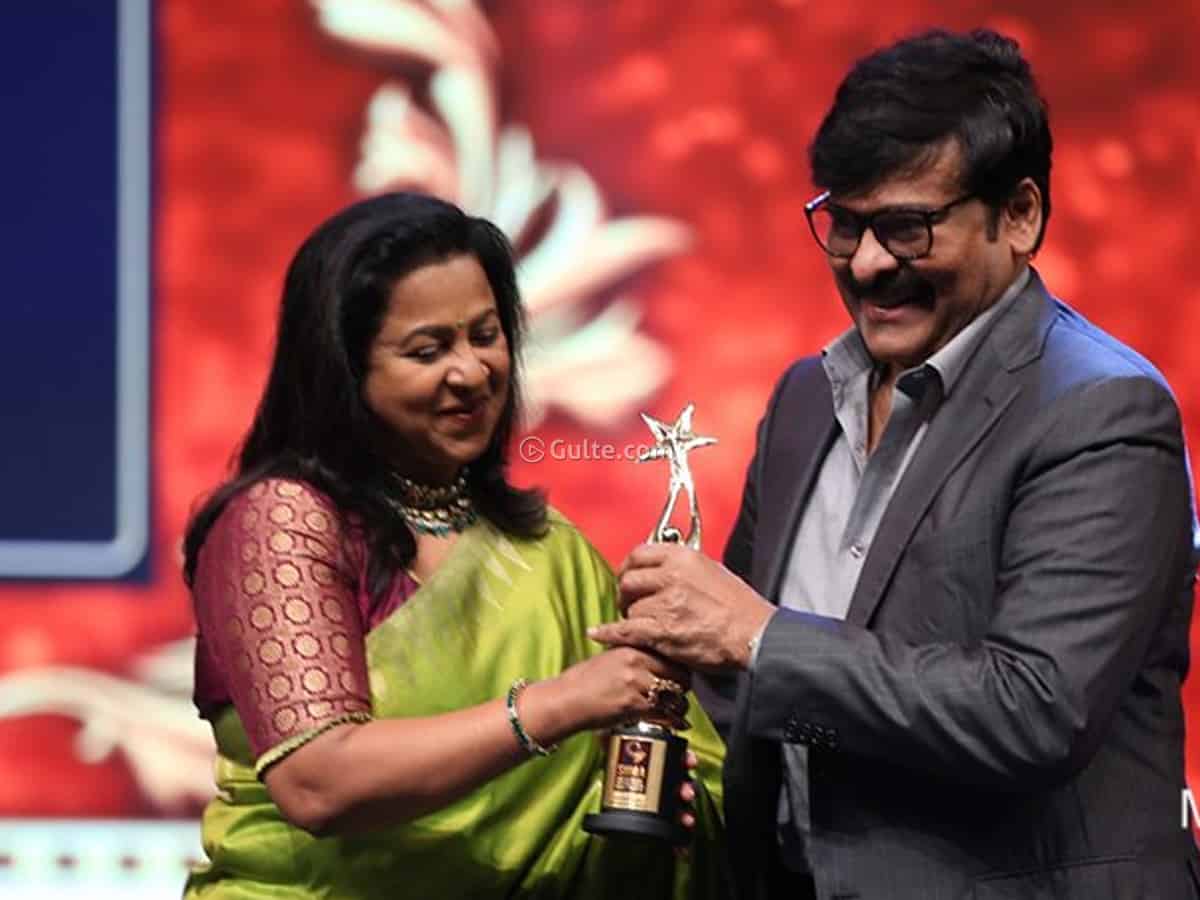 Back then, when senior Tamil hero Sarath Kumar is suffering from a career crisis, Megastar Chiranjeevi helped him grab some films. Then he helped him financially after knowing through heroine Radhika, who happens to be Sarath’s wife, as he made him producer of one of his films. And the helping saga continues.

Other day, senior heroine Radhika Sarathkumar herself announced that Megastar Chiranjeevi agreed to do a film for her production house Radaan Media which is likely to roll a multi-crore budgeted high octane film with the matinee idol. Though many big Telugu production houses want to work with Chiranjeevi at the moment, the actor has given a go to Radhika, and there is said to be a reason behind this.

Once again, Radhika is said to have lost a chunk of money after investing in some other businesses, while her TV serials are also not doing that great these days. Owing to all these factors, she wants a financial push again and she couldn’t approach anyone other than her best friend Chiranjeevi for the same. After she poured her heart out, how could Megastar say no to a friend?

This is not the first time Megastar helped his friends by making them producers of his movies, and even some superhits like Gang Leader were also done for friends only.