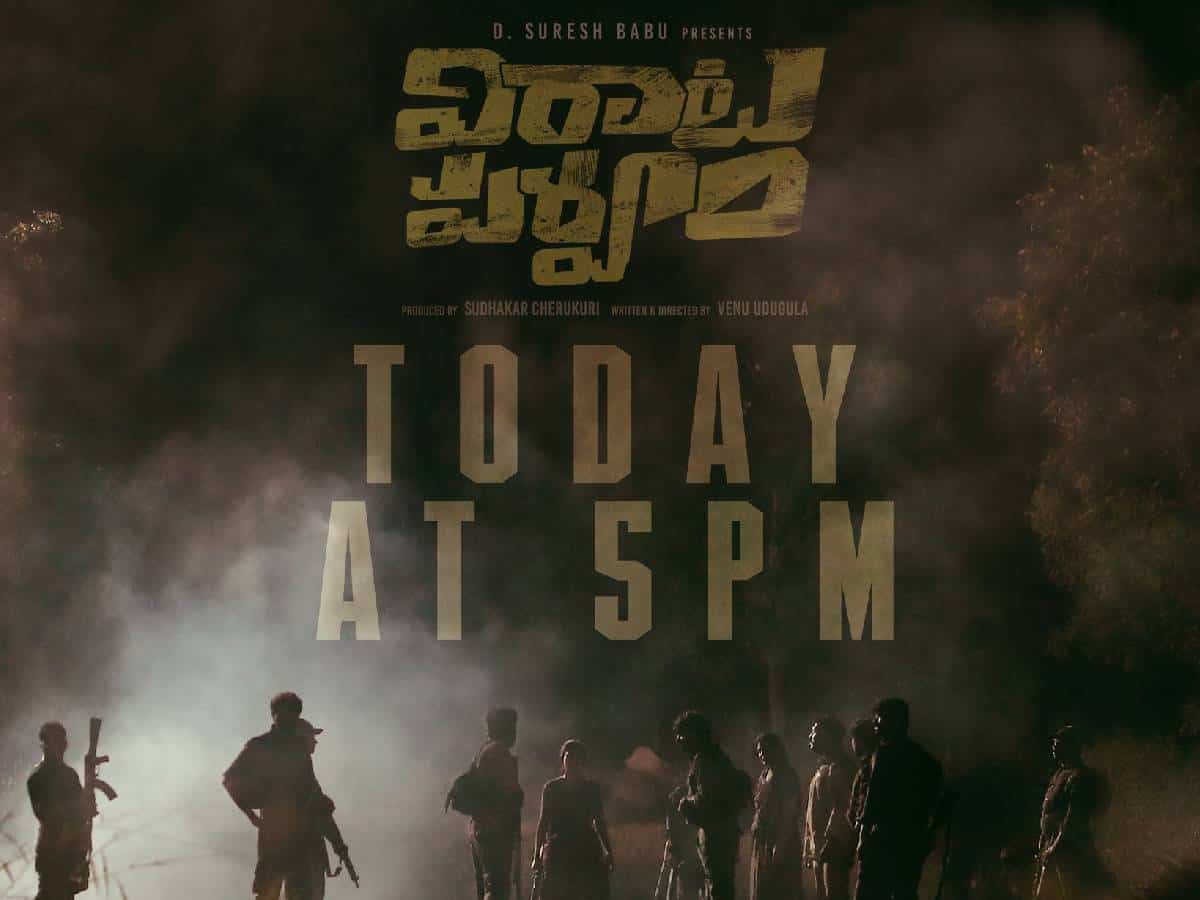 Virata Parvam is one such movie that Rana and Sai Pallavi’s fans together are eagerly looking forward to. The film has been postponed multiple times and got vastly delayed due to the pandemic. It is also one of the many films that got deeply affected due to the constant lockdowns. However, it is now happening!

The film, which was speculated to choose the OTT platform, at last, is releasing in theatres and kudos to the makers for staying hopeful during the tough times. Director Venu Udugula is extremely confident about the film’s outcome and stood staunchly by his words that the film would release on big screens at any cost.

The makers are going to announce the release date today at 5 pm today, however, our inside sources confirm that the film is releasing on 1st of July. Meanwhile, due to the pandemic, streaming services like Netflix are seeing massive growth. Netflix reportedly offered Rs 42 Cr for the film, but the makers chose to release the film in theatres after awaiting the return of movie theatres around.

Nevertheless, after pushing its release dates down the road, Virata Parvam is all set to come in July this time. Written and directed by Venu Udugula, the film is produced by D. Suresh Babu and Sudhakar Cherukuri. The film also stars Priyamani, Nandita Das, Naveen Chandra, Zarina Wahab, Easwari Rao, and Sai Chand in supporting roles. The plot revolves around a Naxalite movement that took place in the Telangana region in the 1990s.