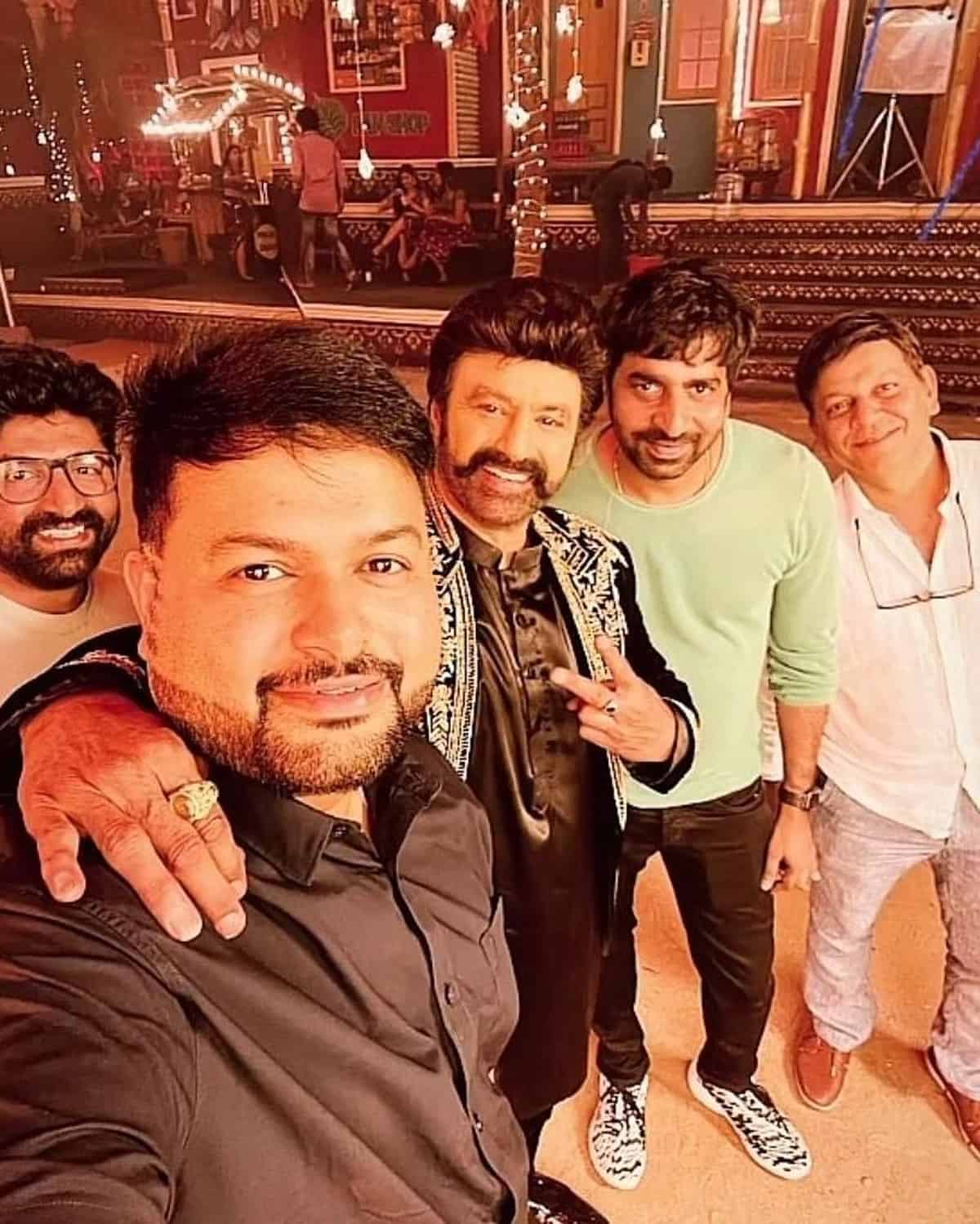 Nandamuri Balakrishna’s new film under the direction of Gopichand Malineni is currently being filmed in RFC, Hyderabad.

A song is being canned in a colourful set under the supervision of choreographer Sekhar master.

S Thaman who provided music for Balakrishna’s blockbuster Akhanda has rendered soundtracks for this movie as well.

The composer posed a picture from the shooting spot. Balakrishna looks cool in Sherwani.

Gopichand Malineni and Sekhar master can also be seen in the picture.

Mythri Movie Makers is bankrolling the project where Shruri Haasan will be seen as the leading lady.