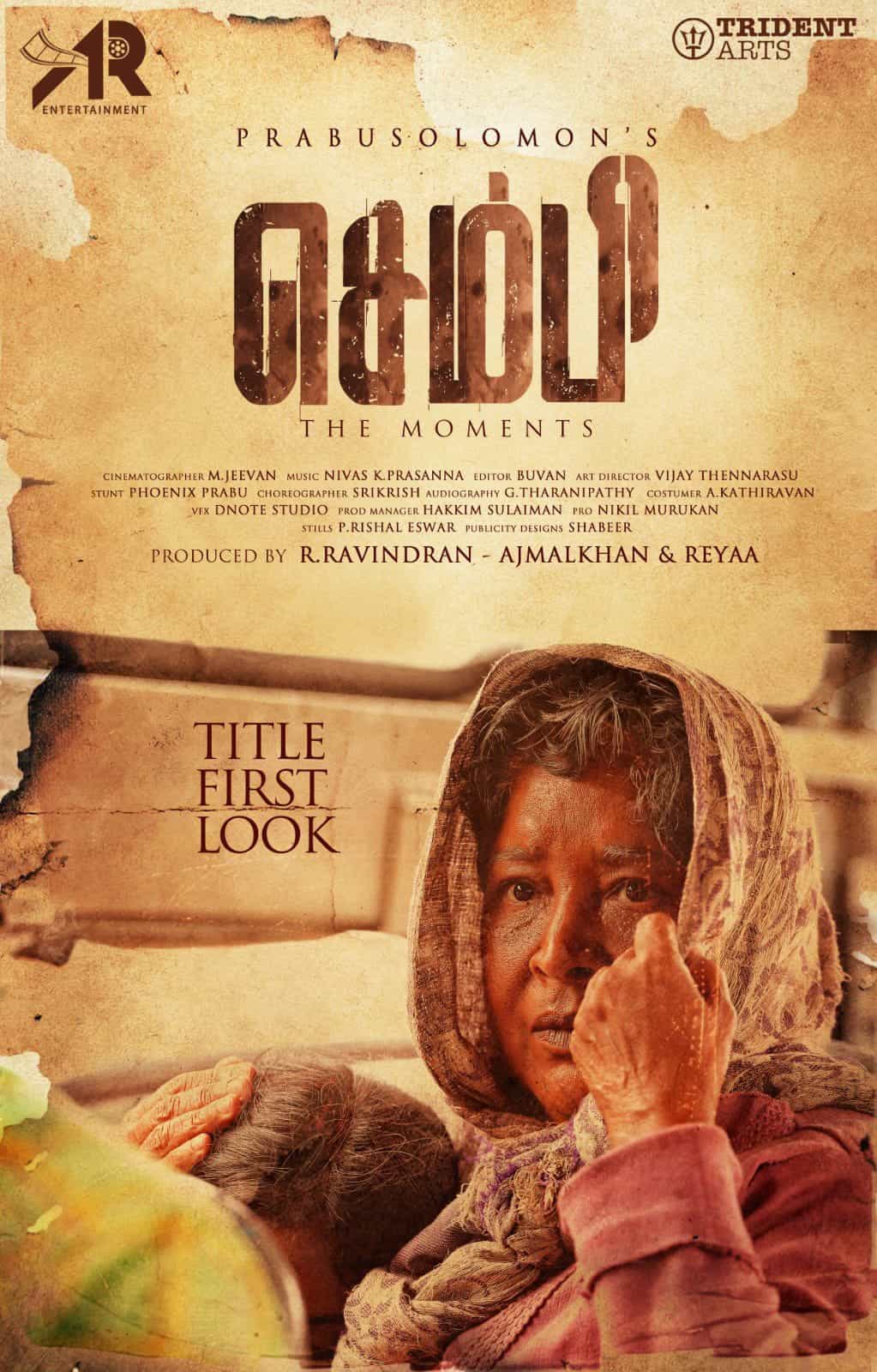 Kovai Sarala is one of the most talented artists in the South Cinema. She had done a lot of Telugu and Tamil films. Now, she is coming up with an interesting film soon in Tamil in which she underwent a huge makeover. The picture from the film that is out on social media is turning heads.

Director Prabhu Solomon whose last film is Rana’s Aranya is now working on an interesting project titled Sembi. Ashwin Kumar of Cooku with Comali TV show fame plays the lead role and Kovai Sarala is a part of the film, playing a full-length character which has serious shades.

Sembi is an interesting travelogue and its story takes place around the passengers of a bus journey, from Kodaikanal to Dindigul. The film is also hitting the screens in Telugu with the same title.

Actress Kovai Sarala plays a septuagenarian in the film. She underwent a de-glam transformation for the film and the first look poster reveals her in a stunning look.

Thambi Ramiah, Ashwin Kumar and child actress Nila are also a part of the film.