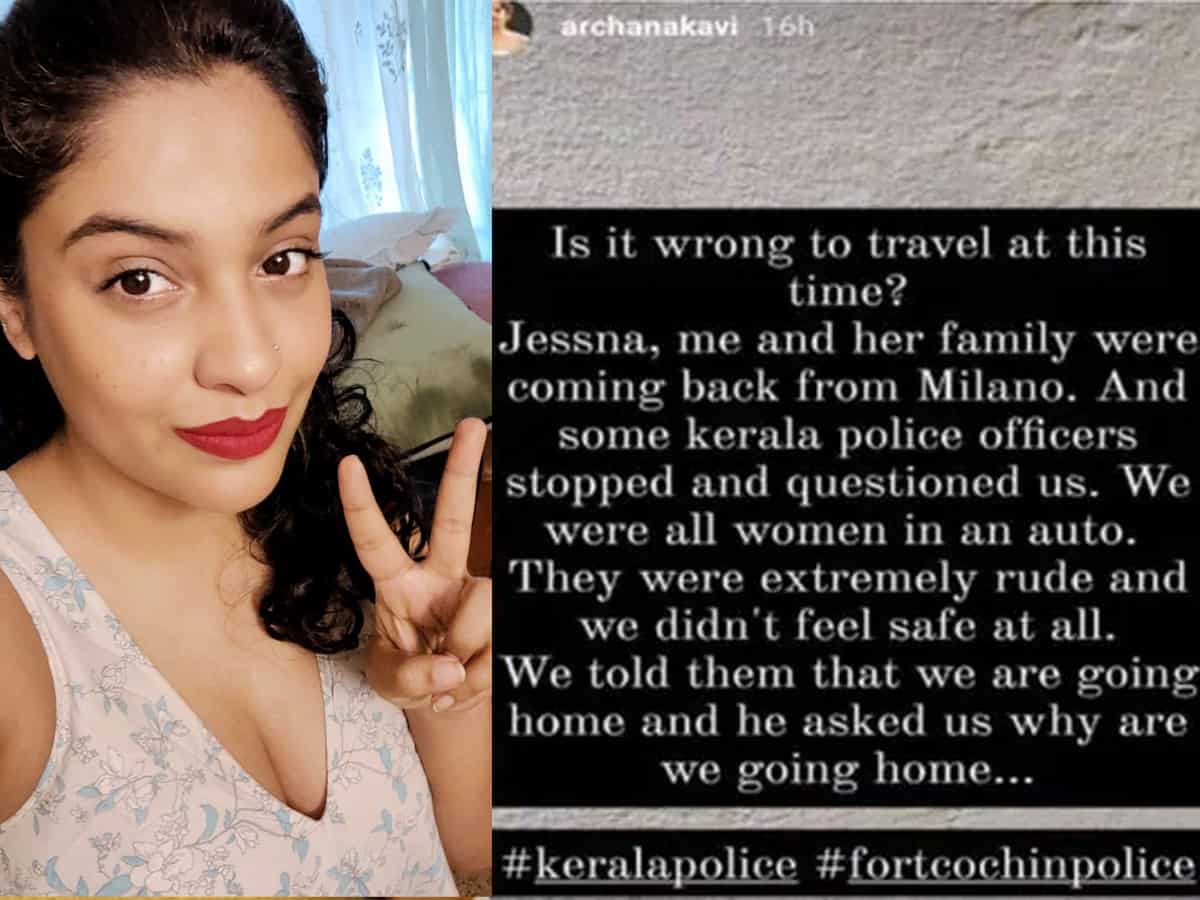 Malayalam actress Archana Kavi shared a post on her social media platform about a bad experience with the police while she was traveling during the night with her friends.

Actress and Television host Archana Kavi alleges that a police constable behaved in an extremely rude manner to her while she was traveling with her friend and family in an auto in the city. The policeman was engaged in night patrol duty and he could not identify the actress as she wore a face mask.

A senior police officer said a probe has already been initiated and the versions of the actress and the accused policeman were recorded. Kochi Deputy Commissioner V U Kuriakose said, that rude behavior is not acceptable from the side of law enforcers whether it was to a celebrity or an ordinary woman.

As per the version of the policeman, he did not mean to hurt her and only tried collecting information as part of patrolling. Archana Kavi in her post mentioned the police personnel was ‘extremely rude’ and ‘did not feel safe’.