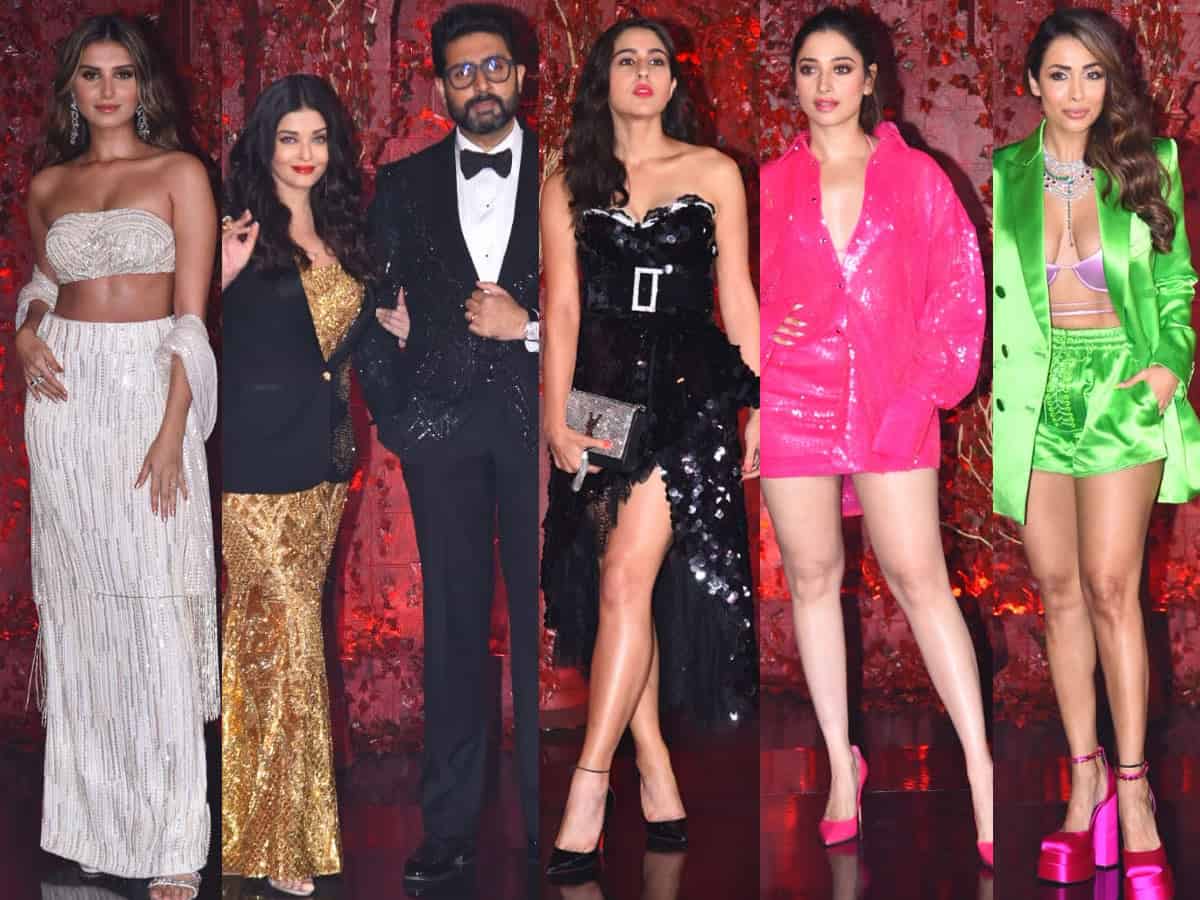 Most of the gorgeous actors of Bollywood have joined the party of Karan Johar’s birthday tonight. It is Karan Johar’s 50th birthday bash and the stars shined in shimmering sarees and dresses.

One of the first few attendees at the party had Tiger Shroff in a black suit, and Shweta Bachchan in a bright red gown respectively.

Vaani Kapoor and Diana Penty joined the party together as they wore a body fit gown with blue sequins and in a bronze sequin dress respectively.

Aishwarya joined the party in a gold and black attire, accompanied by Abhishek Bachchan. Kriti Sanon looked stunning in a marron shimmering mini. Rashmika Mandanna also joined the bash in a black high-slit dress. Anushka Sharma also appeared in a black revealing dress while Shahid joined the red carpet with his wife Mira in a white suit.

Hrithik Roshan joined the red carpet with his girlfriend Saba Azad and Suzanne Khan along with her boyfriend Arslan Goni.