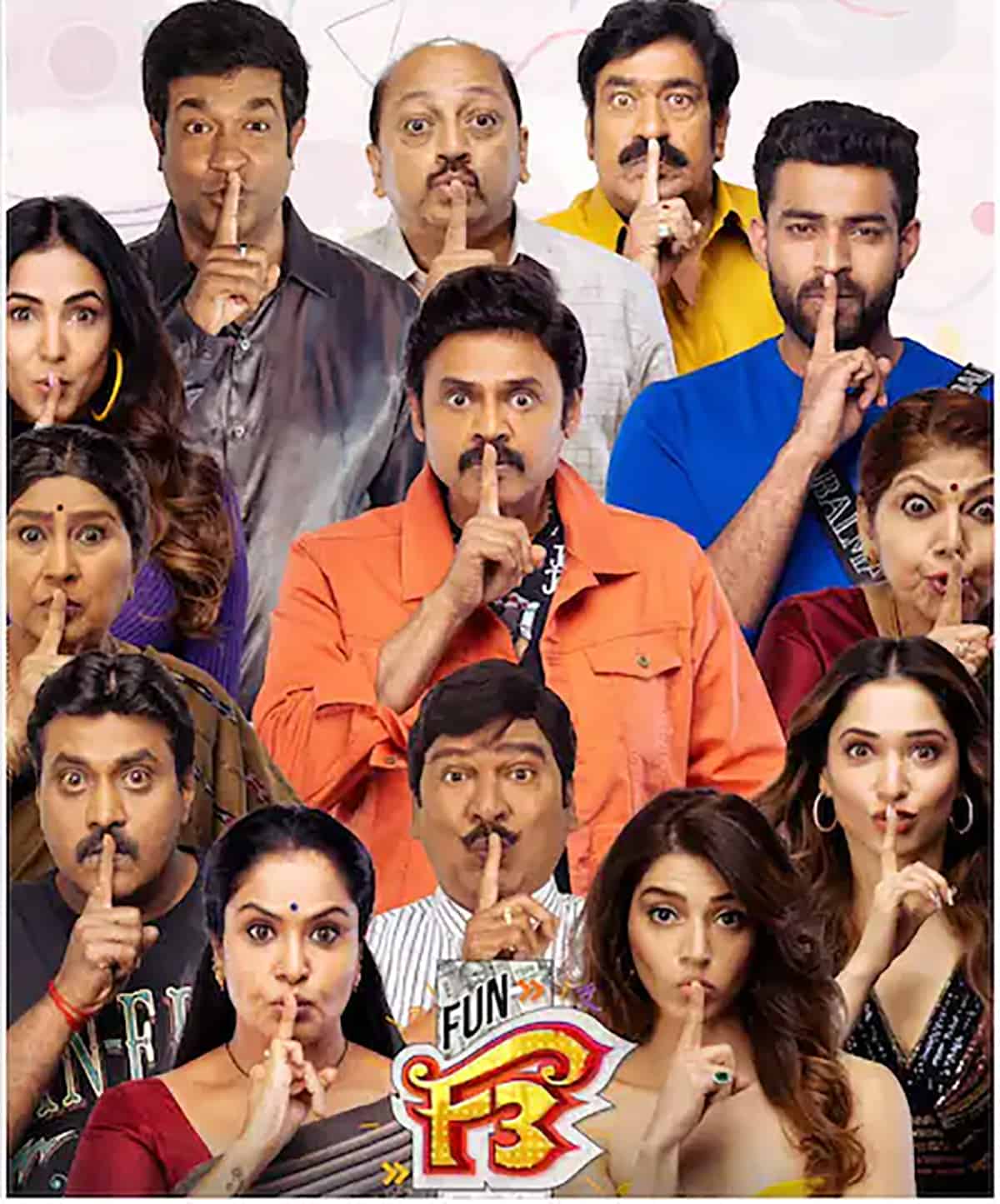 F3 is a franchise film of F2 with Venkatesh and Varun Tej back to romance with Tamannah and Mehreen. Though F3 is a popular franchise, it is a family entertainer targeted at family audiences.

So, one cannot expect the advance bookings of the film on par with hero-centric films like RRR and KGF Chapter 2. As per trade analysts, even F2 got family audiences to cinemas slowly. But eventually it turned out to be a Sankranthi winner.

Unlike F2, F3 is not a festival release. Also, the situation has changed a lot in recent times. Theatres are witnessing relatively less turn out.

Given all these factors, F3’s advance bookings are far better than the trade expectations amidst prevailing conditions. At the US Box Office, the Pre-sales already crossed USD170K. This is very good for a film like F3.

Director Anil Ravipudi made F3 a bigger franchise and got Pooja Hegde and Sonal Chauhan to ooze the glamour only to impress youths. Anil is hoping that all these work in favour of the film and it is a solo release.

Solo release means more theatres and more shows. So, the audiences are gonna distribute across the 800 screens in Telugu states, shares a source close to the team who is highly confident of tomorrow’s day 1 openings and the higher turnout in the weekend. Let’s wait and see, what is in store for F3.