From Kids To Elders, Everyone Is Enjoying F3: Venkatesh 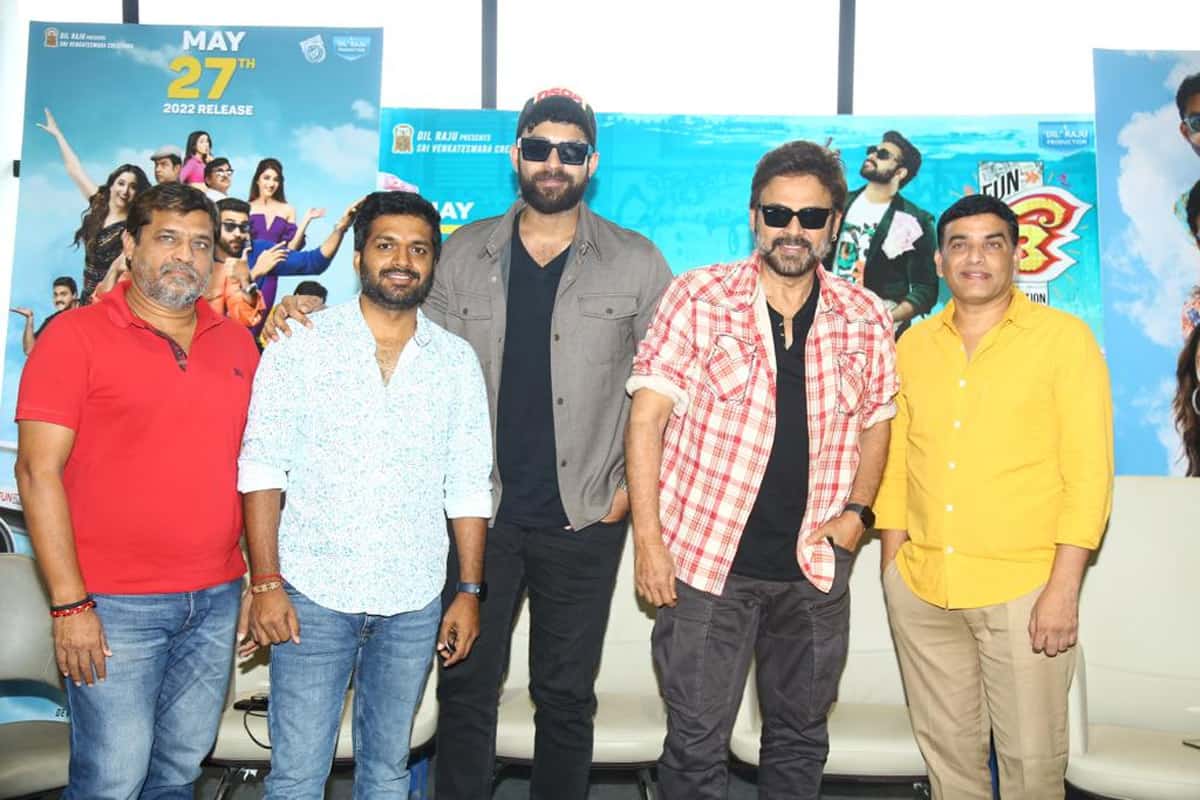 Venkatesh and Varun Tej’s F3 released this morning had opened to a sensational response everywhere. The team of F3 is on a super high celebrating the success.

Venkatesh who rocked the show with his comedy timing says they have completed their mission of bringing the family audience to theaters after the pandemic. “Very happy to see the reactions of the audience in Devi theaters this morning. Anil Ravipudi did a better job than F2. The success is a team effort,” the star said.

Varun Tej thanked Venkatesh, Anil Ravipudi, and everyone in the team for this phenomenal success. “I have excellent chemistry with Venkatesh garu. It is a pleasure to see our combination so well received by the audience,” Varun said.

Producer Dil Raju is a very happy man with the talk the movie has got. “Audiences from all walks of life like Mass, Class, Family, Youth, Kids and from all areas across the globe – America, London, Rayalaseema, Kosta, Nizam provided blockbuster success from all areas,” he said.

Anil Ravipudi, the man behind the successful mission is in a full flow. “Since moring, it is like ‘Any Center Single Talk – Blockbuster’. Movies like this rarely come across as hilarious. Go with the whole family together and laugh happily,” he said.