No Stopping For RaPo’s Bullet Song In The Warriorr 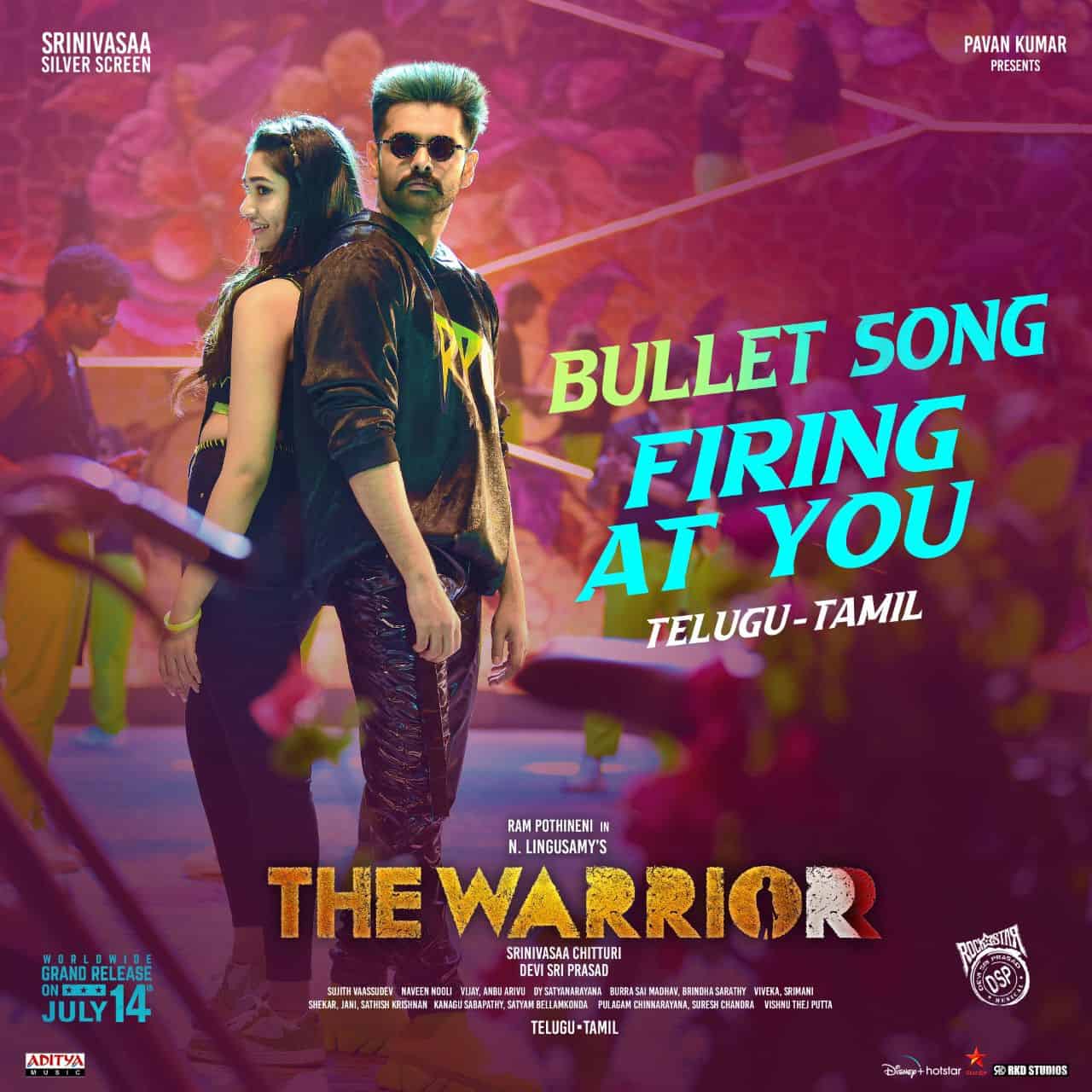 The Warriorr’s chart-topping Bullet Song is said to be smashing records on YouTube. The audience was reportedly astonished by this song performance. Simbu’s voice, DSP’s massy beats, and Ram Pothineni’s explosive movements all contributed to this song’s triumph.

The song has now surpassed 60 million views and is on track to break numerous records. The song is already trending in YouTube’s Global Top Music. There are numerous reasons why this song is making waves on social media.

DSP and STR have brought great energy to the song with their music and rendition, respectively, while Ram Pothineni has owned the song with his out-of-this-world dance moves. Krithi Shetty accompanies him in the song. The grand making of the song grabs attention even in the lyric video. N Lingusamy has helmed the bilingual action entertainer.

The film will have a grand release on July 14. It is expected that an action festival is in store in theatres when the film hit the big screens. Srinivasaa Chitturi is producing the flick under Srinivasaa Silver Screen banner, while Pavan Kumar is presenting it. Aadhi Pinisetty plays a dreaded villain in this movie. Akshara Gowda is doing an important and interesting character in the flick.