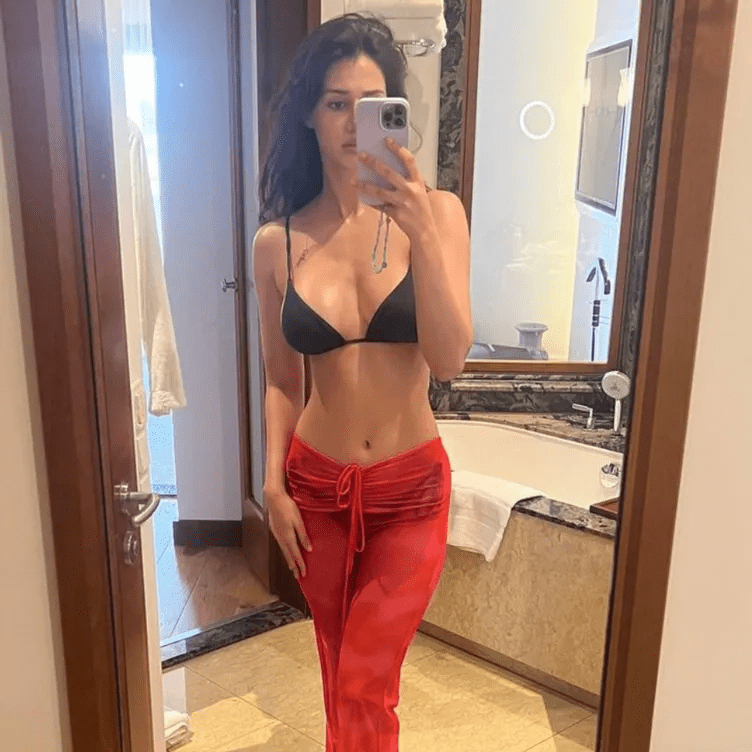 Bollywood actress Disha Patani is more famous for her Instagram pictures than her films. The Radhe beauty often shares her ultra-hot pictures on social media and gives sleepless nights to her fans.

Recently, she shared a couple of pictures that are too hot to handle. In one of the photos, Disha is seen in a black bikini top and red pants. In the second photo, she is seen in a red bikini outfit. Both photos are irresistible.

In the third picture, she put a picture of a pink flower in her hand. Disha captioned the post with a flower emoji.

After watching the photos, fans opined that the fire emoji would have been an apt caption rather than a flower.

On the career front, Disha is currently awaiting the release of her upcoming film Ek Villain Returns. Apart from that, she is also acting in Prabhas’s Project K and Sidharth Malhotra’s Yodha.