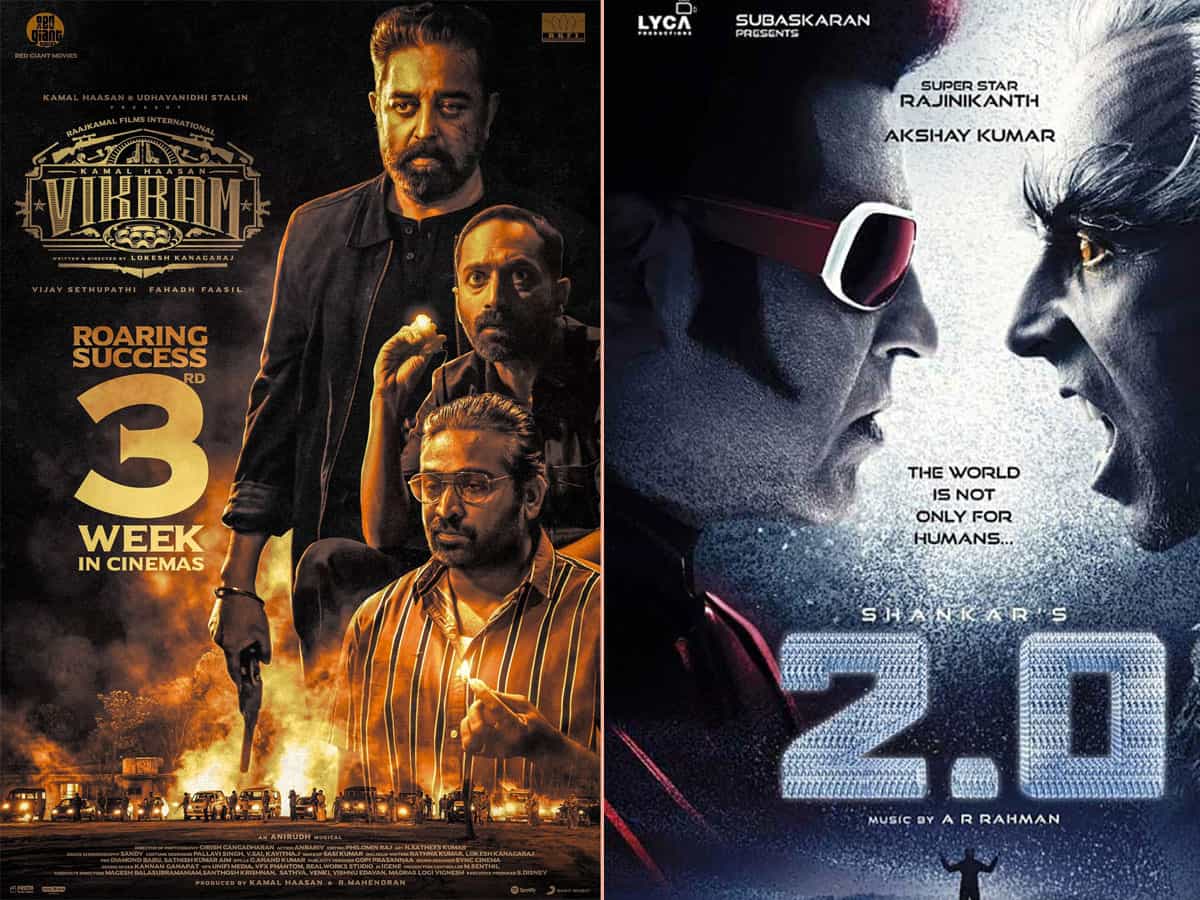 Kamal Haasan’s Vikram is breaking existing records and is now being claimed as Industry hit in Tamil Nadu. The movie broke all the existing box office records and also beat the five-year-old record of Baahubali 2 (152 cr) as it grosses Rs 155 cr in 17 days. While the hashtags #VikramAllTimeRecord and #IndustryHitVikram are trending, a debate started on social media bringing on the numbers of Rajini’s 2.0 and Vijay Bigil.

The screenshots of Zee business reporting gross collections of Rs 800 cr for Rajinikanth’s 2 point 0 are going viral, while the Superstar fans are claiming it to be the actual Industry hit and others are ridiculing it as a disaster.

Though Rajinikanth’s 2 point 0 claims to have collected Rs 800 cr, the profits the film yielded are minimal while Kamal’s Vikram is highly profitable. according to the collection trackers. In one theory, the respective industry hits are 2 Point 0 in Kollywood, Baahubali 2 in Tollywood, Dangal in Bollywood, KGF Chapter 2 in Sandalwood, and, Puli Murugan in Mollywood.

The heated debates are still going on with hashtag trends of #IndusryHit, there are hundreds of tweets trolling 2 Point 0 as a disaster though it claims to have collected Rs 800 crore. Vikram collections have now crossed the 350 crore mark worldwide and it is expected to hit the Rs 400 cr mark soon.