‘Don’t you have time for your son?’ – Bandla Blasts Puri 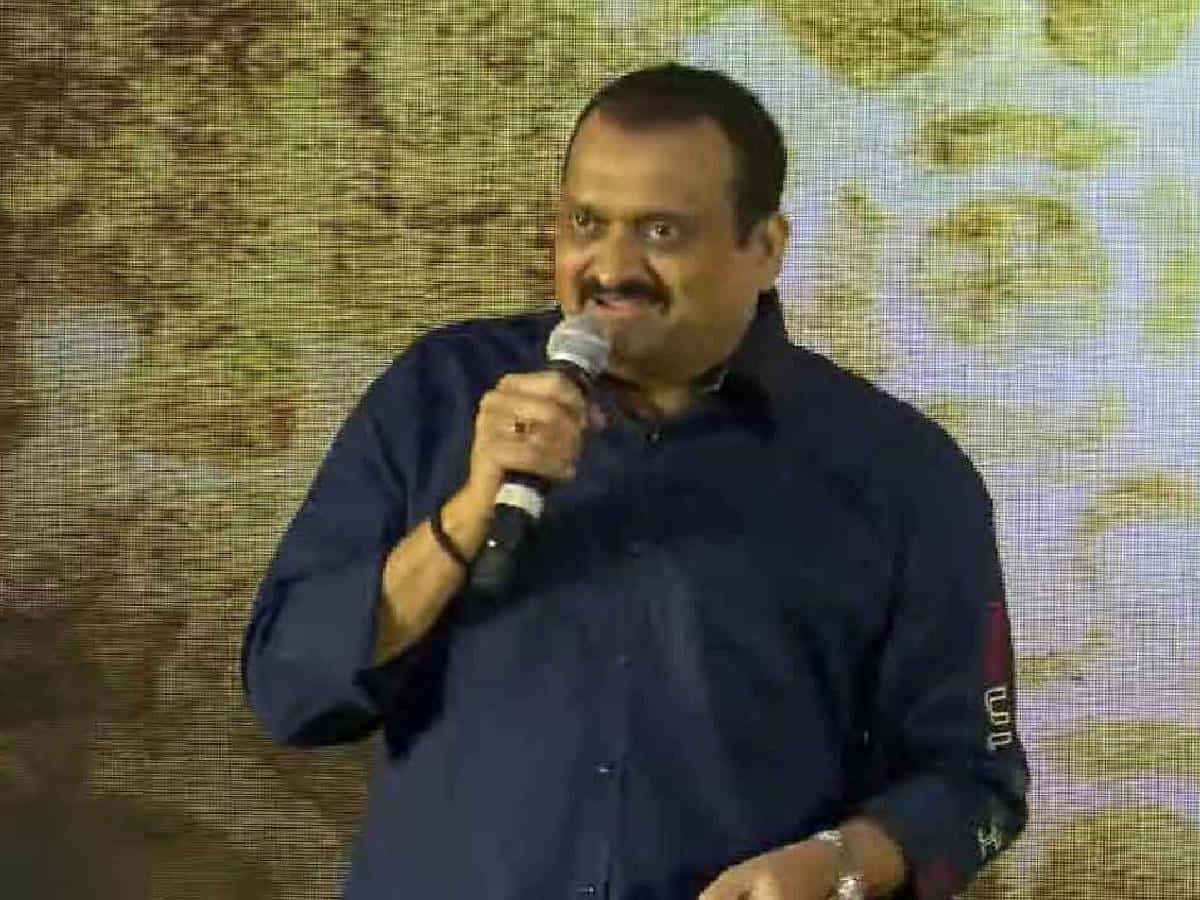 “You (Puri Jagan) taught dialogues to those heroes who can’t utter them. You made them dance and do many things. You made normal stars into superstars and very big stars. But when the time has come for you to do it for your son, where are you?” asked Bandla Ganesh, breaking the auditorium of the audience into shouts and claps, as he spoke at “Chor Bazar” movie pre-release event.

As both comedian and producer, Bandla Ganesh is very close to director Puri Jagan whom he fondly calls ‘anna’ and addresses Puri’s wife Lavanya as Vadina. He also produced Puri Jagan’s Iddarammayilatho and Temper movies as well. With Puri Jagan not turning up at Chor Bazaar event, Bandla has thrown lots of satire on the event. “Rather attending your son’s event by catching up a special flight, I don’t understand what are you doing in Mumbai”, he quipped.

Before blasting Puri Jagan, Bandla hailed Lavanya Puri as a modern version of ‘Ramayana’ Seetha Devi, and stated that she is an ideological mother, sister, daughter-in-law and everything. “When Puri Jagan got nothing in hand, she married him, without even expecting that he will become a superstar in the future. And there are many vamps and ramps that come and go into Puri’s life, but Lavanya is first and permanent” said Ganesh. Of course, we can pick a lot of things in these lines, but let’s leave that for another debate. “My vadina is as holy and great as Bharatamatha” he concluded about Lavanya.

Furthermore, Bandla added, “When you made someone like me a star producer, why can’t you make your son a star? Anyway, whether you make him a star or not, Akash will become a superstar”. He nails the last punch at Puri Jagan in style, saying, “There will be a day Anna, where you have to stand in queue for your son’s dates. And that day I will ask him not to allot dates to you”