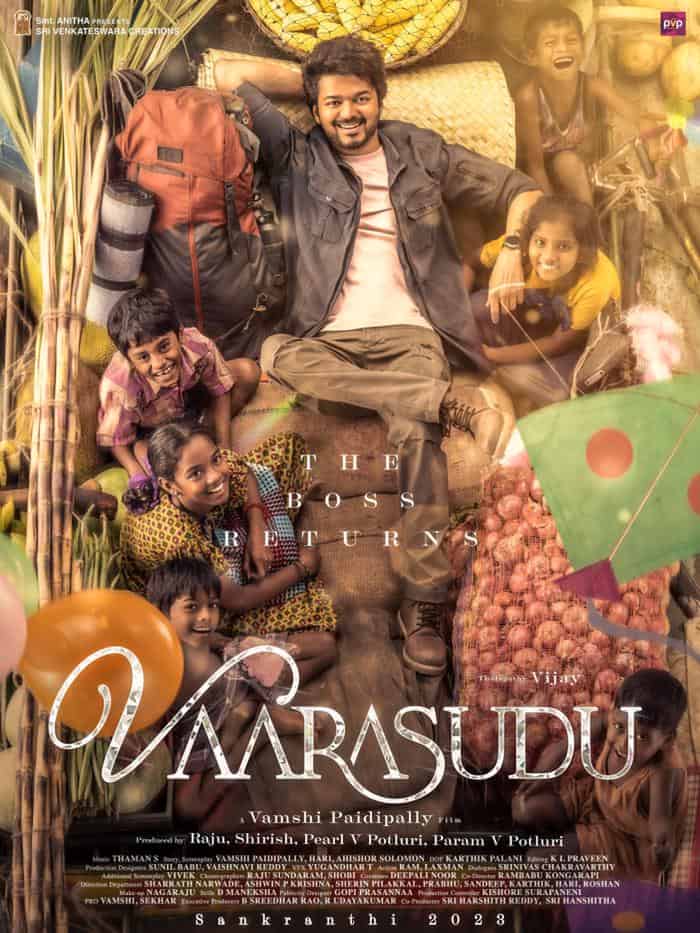 At the time of the making of Nagarjuna and Karthi’s “Oopiri”, director Vamsi Paidipally and producer PVP were pretty close like friends.

But they had a fallout after Vamsi moved to another producer for Mahesh Babu’s “Maharshi”, and PVP went in a legal route to get a share holding in the film. And that has ended the issue between them.

Till date, Dil Raju is the sole producer of Ilayathalapathy Vijay’s first-ever Telugu-Tamil bilingual “Varasudu”, but other day a mega twist is revealed. The recently released first look, as well as the title revelation poster of the film, has actually seen the PVP logo on the right and Potluri is credited as the producer as well. Isn’t this a surprise? Why would Dil Raju associate with PVP in the first place or why is Vamsi Paidipally still associating with PVP for this project too?

Some say that the director took advances from PVP earlier and as part of giving that back, he has made the popular producer a sleeping partner of this venture. As Dil Raju never takes finance from these big shots, and there is no need for him to find a partner for a film he’s doing with Vijay, surely the presence of PVP is raising many questions now.

Anyway, PVP is also the official producer of the movie and we have to see what Raju or Vamsi Paidipally will reveal about this later.