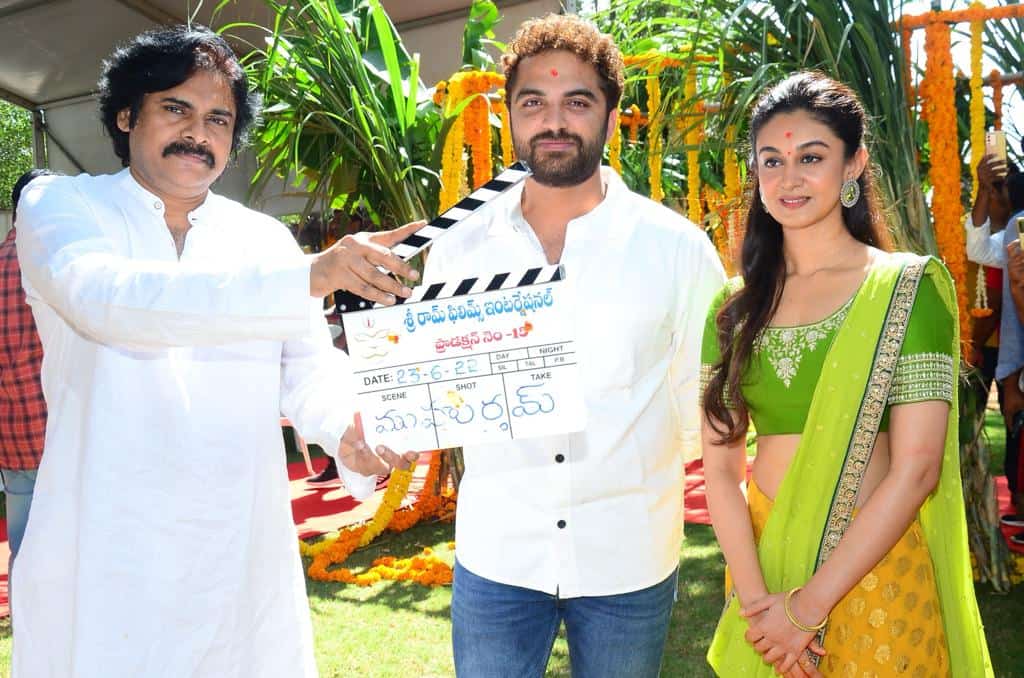 Action King Arjun is directing and producing the film on his Sree Raam Films International banner. Pawan Kalyan always says he is a big fan of Arjun and came in support of him.

Arjun’s daughter, Aishwarya is making her Telugu debut with this film. Pawan Kalyan clapped for the muhurtham shot on the lead pair. K Raghavendra Rao did the honorary direction. Manchu Vishnu handed over the script.

Suresh Babu, Prakash Raj, BVSN Prasad, and Others have attended the launch. Sai Madhav Burra is the writer while KGF fame Ravi Basrur is the music composer.