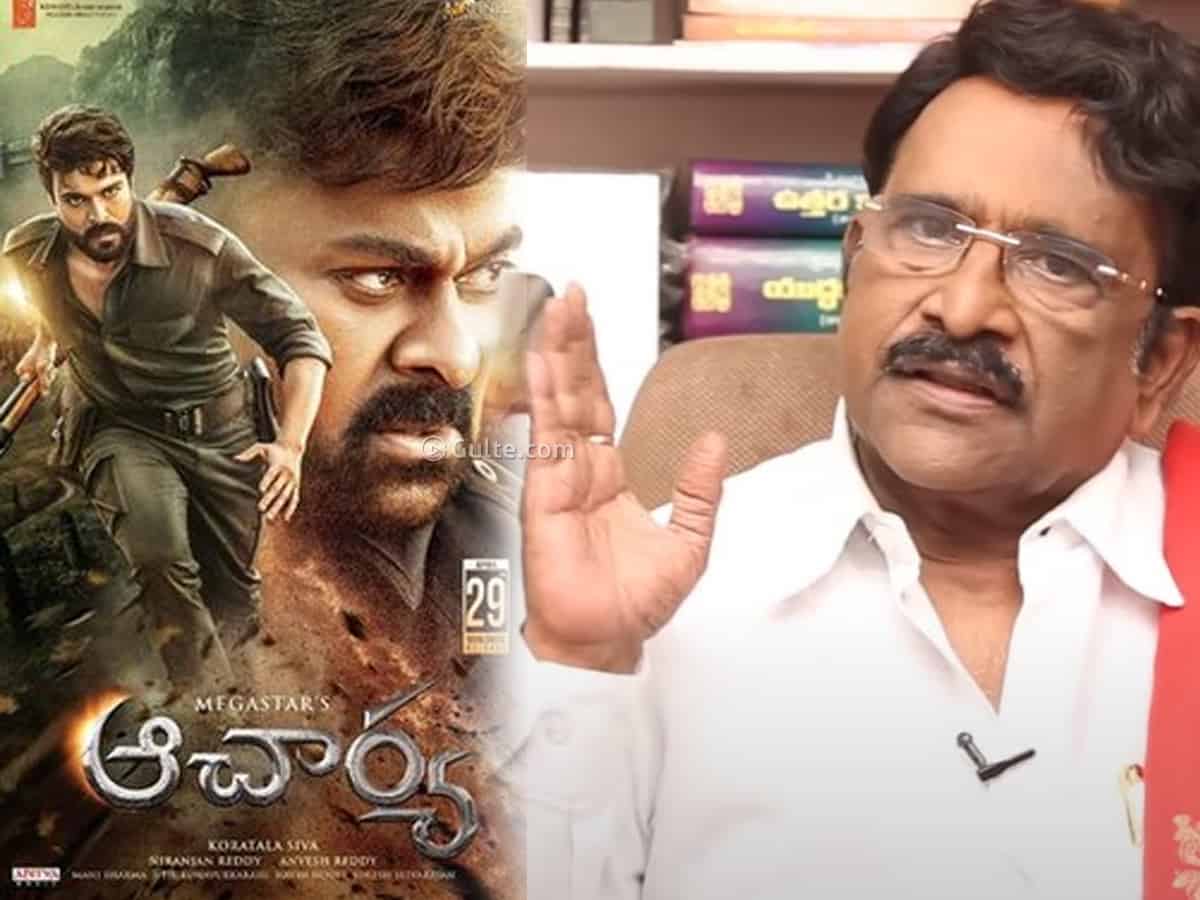 Megastar Chiranjeevi’s Acharya remained one of the biggest disasters of this year. Directed by Koratala Siva, this film featured Ram Charan in an important role. Meanwhile, veteran writer Paruchuri Gopalakrishna analyzed the film and pointed out a few things which resulted in its failure.

Speaking in the latest episode of his show, Gopalakrishna said that Acharya reminded him of his film Maro Malupu. He stated that even Maro Malupu has a temple backdrop, theft and Naxalism as its core points. He pointed out that there were many Naxalite films during the 1980s in Telugu Cinema.

Paruchuri commended Koratala for taking a Naxalism background for his story and lauded Chiranjeevi for accepting it. But Paruchuri said that this generation is not accepting Naxalism-based films well. He stated the makers should remember that sentiment and suspense will not gel together. He felt Charan’s character should have been at least shown in a few glimpses in the first half rather than holding his entire story for the second half.

“There is no need for two star heroes for a single mission. Only one star can handle it. I was not impressed by the songs in this movie as well. I also felt that Chiranjeevi garu didn’t need dance numbers for the character he is playing,” he said. Paruchuri also added that Acharya is not an apt title for the film.