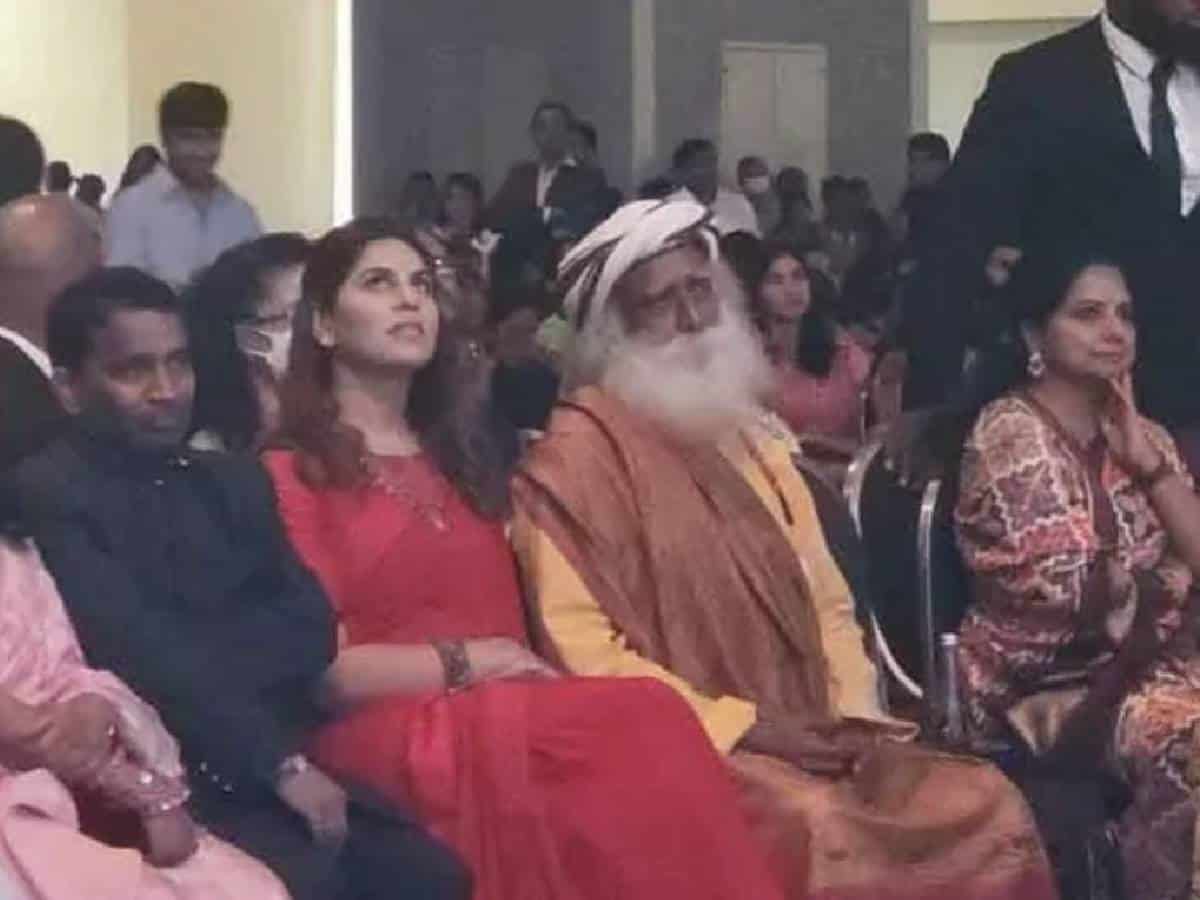 The elite class people of Hyderbad happen to be devotees of Sadhguru and the likes of Samantha and Upasana often turn up at the spiritual leader’s meet-ups and end up asking him various questions. And other day at the 17th ATA Convention, we have to say that Mega daughter-in-law Upasana Kamineni stunned everyone with her question to Sadhguru and her reaction after the reply.

Upasana questioned Sadhguru about the RRR of her life, which means- Relationship, Reproduction and Role in life. As she stated that she’s in a very-very happy relationship from more than 10 years already, Sadhguru expressed his surprise and stated that it’s none of his business to get into her relationship things.

And when she questioned about reproduction, Sadhguru stated that he would give her a world-class award if she chose to not conceive a child, despite being healthy and having the potential to reproduce a human. “Man is worried about carbon footprint but if the human footprint is reduced, there is no need to worry about global warming too. So it’s good to see women who chose to not reproduce” said Sadhguru.

While the audience broke into a huge roar, Upasana quipped, “I would make you speak a call with my mother and mother-in-law very soon”, to which Sadhguru replied, “I’ve spoken to many such mother in laws”. However, one wonders if Upasana has taken the decision of not having kids.